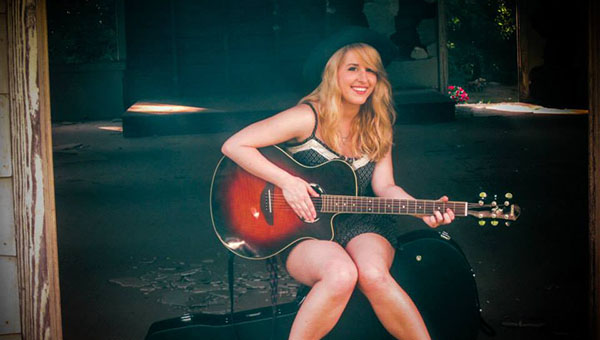 HELENA–Helena native and 2012 Pelham High School graduate Jessica Roberts has always had a passion for singing and recently, she has been recognized for her talents.

Roberts, now beginning her senior year at Trevecca Nazarene University in Nashville, Tenn., said she first realized she had a talent for singing when she was 10 years old and singing in front of her parents and also from singing at her church in Helena.

“I realized when I was growing up I had a talent for singing when I was 10 years old and sang in front of parents,” said Roberts. “My director at Cornerstone Church heard me singing gospel songs and realized I should have a solo,” said Roberts. “Nobody had really told me I was good and I realized it was something I wanted to do with my life.”

“I went to Montevallo my first year and I realized it wasn’t for me,” said Roberts. “I wanted to be in a bigger city and looked into Nashville and that’s where I wanted to go. I called Belmont, Vanderbilt and Trevecca and I liked Trevecca the most and I knew that’s where I could pursue opportunities.”

After transferring to TNU, Roberts has been able to pursue opportunities and recently signed with Lamon Records in Nashville.

“I signed with Lamon to develop more as a singer with them,” said Roberts. I had a few interviews and I really liked them and decided to sign with them. I knew it was stressful to sign with a major label and I wanted to sign with an independent label.”

Roberts has compared her style of singing to the likes of Taylor Swift and Miranda Lambert. She said she enjoys singing and writing anything that is considered pop or country.

“I wrote a lot of the songs a while back,” said Roberts. “’Pretty’ and ‘Heartless’ I wrote two years ago and ‘Smile’ I wrote back in high school. I really enjoyed writing them and it’s an out-of-body experience to actually hear it produced and in the studio.”

Roberts said she has lived in Helena all her life and enjoys it because some of her closest friends live in Helena and she enjoys spending time at her church.

“I love going to Joe Tucker Park and spending time there,” said Roberts. “I have a lot of friends in Helena and I’m close to many people at my church at Cornerstone.

This Friday, Sept. 4 people around the Helena area will have two separate opportunities to hear Roberts perform her songs.

The first opportunity will be at Creek view Elementary School and the other will be at 7 p.m. at Cornerstone Church in Helena for her release party.

“Anyone is welcomed to attend and there will be some food and refreshments,” said Roberts.

Roberts will be playing her three songs on her album, as well as some new ones she has yet to share.

“I am going to continue to play around those areas and try to build my name on social media and contact radio stations for interviews,” said Roberts.

For more on Roberts and her music, visit Facebook.com/jessicarocksout or visit her Youtube channel at Youtube.com/channel/UCNjL4aaE-xzltSFEZhmc6yQ/feed.