Put your feet up 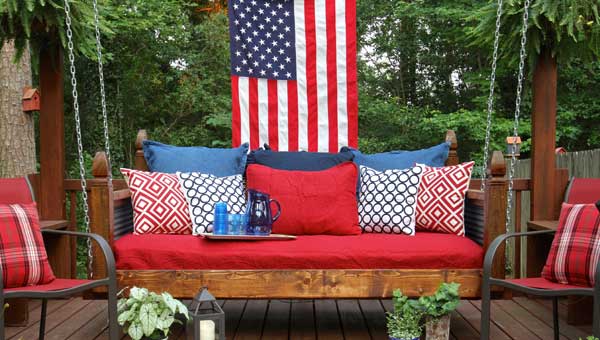 Southern Swinging Beds has customers throughout the Southeast.

Local creates swinging beds so others can ‘live life and relax’ 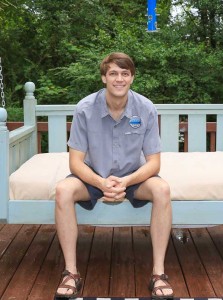 Daniel Friday has found himself swinging a hammer a lot over the past few months.

It’s been busy. It’s been hard work. But it’s brought something unexpected — a lot of rest.

And that’s something he wants to spread around.

With all that hammer swinging, he’s made a lot of swinging beds, a kind of heavy-duty decorative porch swing with a full-fledged mattress for a seat.

“Everyone loves it. If there’s more than one person in the house, they’re fighting over the swinging bed,” said Daniel’s mom, Carolyn, with a laugh.

She’s the one who kind of started the whole thing.

Daniel, a Briarwood graduate and Indian Springs Village native, was in the middle of a career transition earlier this year and looking for something different — really different.

“It had been a really tough year,” he said. His job had been stressful, hard, and he kind of felt like he’d taken a beating.

“I’d been in the student ministry, and I felt a lot of spiritual warfare in my life during that season,” he said.

It felt like everything he knew about his life had been torn down — so it was time to build something new, he said.

“I realized that the Lord had called me into a season of rest,” he said, noting that he needed time to work through some things, wrestle through some questions and learn some things about himself.

“But I was bored out of my mind,” Daniel said. “I like to work with my hands — my dad and I had done a lot of woodwork in the past when I was an Eagle Scout. So I started building things just to have something to do.” 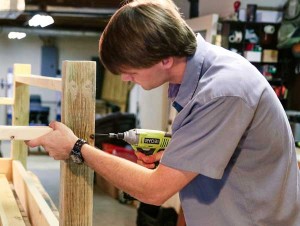 Friday creates all of the beds by hand at his workshop in Hoover.

First, birdhouses. Then some furniture.

Then one day, his mom bought that swinging bed from a consignment store.

“We got so many comments on it,” Carolyn said, “and I told Daniel I knew he could build them too — so why don’t you?”

He stared at it for an hour, got it all figured out, and then he did just that.

“It’s been good therapy for him to bang a hammer, beat on some wood and have some time to slow down,” she said.

And in the midst of that hard-work therapy, he built Southern Swinging Beds, a local company whose website invites others to do just what Daniel’s been doing — “live life and relax.” 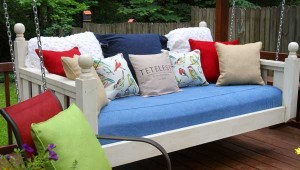 Southern Swinging Beds are built to withstand the elements.

“Southern Swinging Beds believes in hard work, but also knows the importance of being able to unplug from the chaos and relax,” Daniel writes on the company’s website. “Nature is one of the greatest gifts God has given to us. Being outdoors on a calm, sunny day can do the soul some good.”

He knows from experience.

“God has brought beauty from ashes in this season and taught me a lot about trust and how He provides daily bread,” Daniel said. “I thought I trusted Him back then, but now I know I didn’t. I thought I had a plan for my life. He’s taught me a lot about being still in the midst of busyness and knowing that He is in control of my life — and that’s a good thing.”

He wants that kind of stillness to be an encouragement to others to find rest in their lives.

And if a swinging bed can help them do it, then that’s great, too.

He said he can build you a bed just like his mom’s in three days, if you like. Well, maybe not exactly like it — a modified version with a lot of improvements, Carolyn says with a smile.

“He gives a lot of attention to detail, and he’s always liked the challenge of making things better,” she said. “That’s what he wanted when he was in student ministry — to help make people’s lives better. And he’s seen that happening in his life, too. This has been a time for him to put down some deeper roots.”

Daniel said he’s learning to sit and listen, take one day at a time and trust.

“I’ve been learning to walk by faith,” he said with a smile. “And it’s been a fun road so far.” 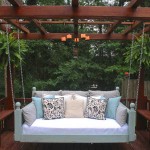 He spends one day collecting materials for each bed that’s ordered, then a whole day constructing and a whole day painting.

He builds them in his garage in Hoover and ships them all over the Southeast.

“It’s a niche market, but there aren’t many people doing it at the moment,” he said. “I enjoy it — the craftsmanship and the face to face time with each customer.”