NORTH SHELBY—A man has been arrested in connection with a five-car accident on U.S. 280 that left four people injured in the early morning hours of Dec. 11. 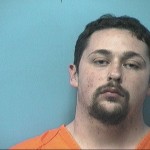 Alabama State Troopers arrested Jacob Harrell Hubbard, 22, of Talladega, on Dec. 11 and charged him with three counts of felony assault for allegedly causing the crash while driving under the influence of alcohol.

After he was released from the hospital, Hubbard was arrested and charged with one count of first-degree assault and two counts of second-degree assault.

“(They) charged him with that based on the injuries that one of his occupants suffered,” Daniel said of the first-degree assault charge, explaining it is “a category of DUI.”

Hubbard’s blood-alcohol level has not been released as it is part of the ongoing investigation, Daniel said.

Hubbard is scheduled to appear for a preliminary hearing in front of Shelby County Circuit Court Judge Dan Reeves at 8:30 a.m. on Jan. 6, 2016.