Veteran of the Week: Columbiana’s Edmondson brothers served in WWII 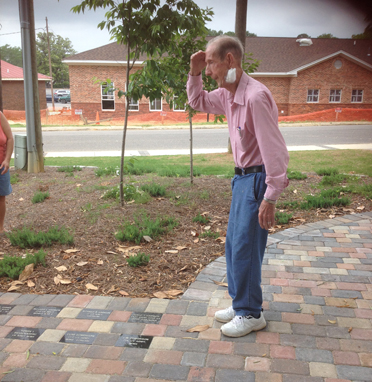 The brothers were the sons of P’lona and Jeff Edmondson, attended Columbiana Grammar School and graduated from Shelby County High School. 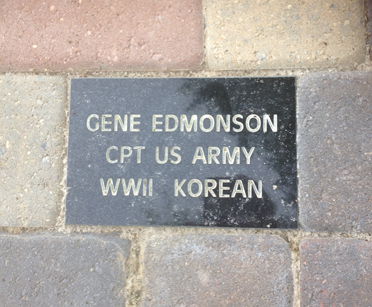 The late Gene Edmondson’s memorial brick lists him as having been a captain in the U.S. Army during World War II and the Korean War. (Contributed)

The Edmondsons owned the Edmondson café located across the street from the Shelby County Courthouse.

He was promoted from Private First Class to Staff Sergeant and transferred to the 56th Engineers, 11th Armored Division as was known as Old Sarge, “top Kick.” 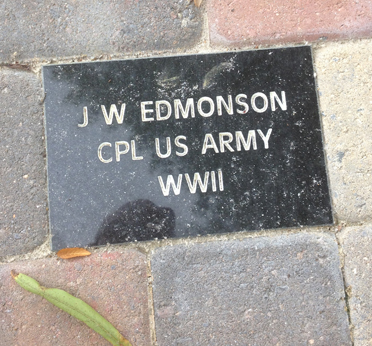 J.W. Edmondson’s memorial brick lists him as having been a corporal in the U.S. Army during World War II. (Contributed)

He entered Officers Training School and graduated on May 15, 1943, as second lieutenant. He went to Camp Ellis, Ill., in July 1943. On July 26, 1944, he was promoted to first lieutenant and later captain and served in France with the Corps of Engineers. He was honorably discharged in 1945.

He was transferred to Camp Ellis, Ill., where his brother was also stationed.

He left the states on July 6, 1944, for overseas duty in England, France and driving an ambulance with the 115th General Hospital in Germany. He was also honorable discharged in 1945.

J.W. has been married to wife Margaret Wilson Edmondson for 64 years and they have two daughters, Judy (James) Branch and Jane (Wray) Stainback, and one granddaughter Christy Edmondson.

“J.W. is somewhere in England worthily representing his native Country that proudly salutes him today…Greetings and good wishes from The Democrat are on their way to Gene today to an hospital in England where he is convalescing from wounds received in a recent battle for ‘Freedom.’”