MONTGOMERY – On Dec. 9, the AISA Athletic Committee voted unanimously to designate teams within the Alabama Christian Sports Conference as acceptable nonconference opponents. The ACSC is a unique conference made up of homeschool groups, brick and mortar schools and homeschool associations which come together for the purposes of sport, per the ACSC website and ACSC commissioner Doug Harrison.

For years, the AISA has not allowed its member schools to play homeschool teams or any teams outside the AISA, and this marks an important change to that mandate. The decision is the culmination of years of work from parties within the AISA and the ACSC, particularly Tony Nafe of Hope Christian School, an ACSC school and Tim Smith of Cornerstone Christian, an AISA school.

Nafe and Smith, both Athletic Directors and head football coaches at their respective schools, met attending Bethel Baptist Church 15-plus years ago and have been friends since. They have discussed the idea of playing each other for years, primarily because of how much it would cut down on travel and travel cost for each. Hope, for example, traveled to Memphis, Tenn., as well as Nashville for a game this year, while Cornerstone has routinely made trips of two hours or more each way to play nonconference opponents. The tantalizing opportunity to play an opponent just down the road was one that has appealed to both over the years.

Smith is a member of the AISA Athletic Committee. The Athletic Committee’s purpose is to plan, develop, establish and interpret the policies and procedures which govern the interscholastic athletic programs of AISA member schools, per the AISA handbook, meaning it is the group with the power to make this happen. Smith has floated the idea of allowing AISA schools to play ACSC schools at committee meetings over the years to gauge interest, and noticed a significant uptick in the last year.

“At the Athletic Committee meetings it would come up every now and then because I would bring it up,” Smith said. “I’d kind of throw it out there. Finally, last year I told Tony I think I saw some movement, so I made a motion.”

To understand the reason the process took as long as it did requires a quick history lesson. When Smith got to Cornerstone 18 years ago, AISA schools were allowed to play homeschools. The issue that sparked the divorce between the two revolved around eligibility concerns. While the AISA has a governing body and a set of rules and mandates to control eligibility, the homeschools were not bound by those same constraints.

“We turn in all of our eligibility to one source,” Smith said. “We couldn’t control what the homeschools were doing.”

As a response, the AISA disallowed members from playing any teams outside of the AISA, and placed a hefty fine on any team that wandered outside that mandate.

“There were homeschools that stepped outside of the rules,” Nafe said. “So, in self-defense, the AISA said, ‘These guys have no organization and we can’t validate who they’re playing.’ So we formed the ACSC in 2007, and we based our guidelines of eligibility on the AISA’s guidelines.”

“We wanted to model ourselves after a varsity athletic program,” Harrison added. “To do that, we knew there had to be stringent rules regarding eligibility. There had to be some baseline we all could found ourselves on.”

Even so, just because a group gets together and creates an organization does not in and of itself establish credibility, a reality that Nafe, the deputy commissioner of the ACSC, fully understood.

“When you have a history of concern, just because a bunch of guys get together and say, ‘Hey, we’re a group now,’ it just takes some time (for trust to build).

After Smith raised the idea at the AISA coaches meeting this year in Montgomery, there was not a single coach who opposed it, Smith said. After seeing the support the idea had amongst the AISA coaches, Smith made a motion at the December meeting of the Athletic Association.

The AISA has not opened the floodgates to allow its member schools to put any homeschool on the schedule, but has limited the scope to just schools within the ACSC, thanks primarily to the job the ACSC does and has done in policing its athletes’ eligibility. AISA schools can schedule ACSC schools as early as this upcoming baseball season, and Smith, who is also the head coach of the baseball team at Cornerstone, already has Hope on the baseball schedule for Feb. 22.

Don Murphy, the head coach of the Evangel Christian School Lightning’s football team, which finished the 2015 season 11-1 and won the ACSC title handily, also expressed excitement at the new opportunity.

“I think it’s super exciting,” Murphy said. “It opens up a whole new group of teams we can play. We think it’s a great opportunity for us.”

The Lightning also traveled to Tennessee this year for a nonconference game.

While the decision from the AISA will undoubtedly result in reduced travel costs, it will also inevitably bring in more money via gate receipts over time. New rivalries will likely develop from this rule change due to the simple reality that these schools pull kids from the same areas, and community interest will likely increase as well as a result.

The most interesting element of this development from a sports perspective will be how it affects ACSC football. Traditionally an eight-man league, the ACSC will have to play 11-man football against AISA opponents, which will make for a unique and fascinating paradigm. The eight-man game and the 11-man game are vastly different from each other, and not only will the ACSC teams have to adjust to the 11-man game, but they will have to, at least for the foreseeable future, flip from the 11-man game to the eight-man game, depending on the opponent.

“I think it’s going to be comedic for a while,” Nafe said with a chuckle.

Whatever the case, this marks an important moment in the history of the affected schools in the county and across the state. 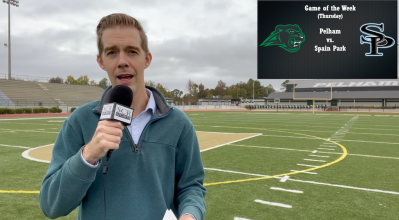 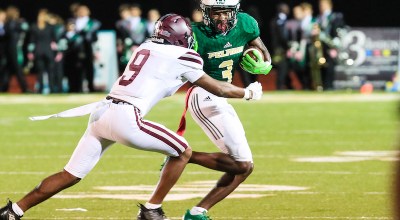 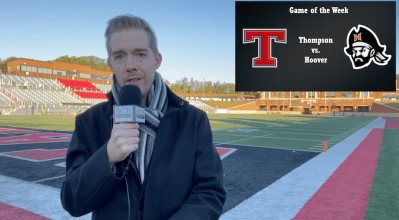