Two appointed to Pelham Board of Education 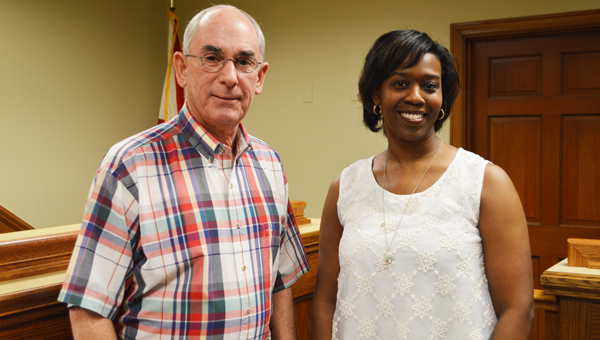 Allan Wade and Sharon Samuel were appointed to Place 3 and Place 4, respectively, of the Pelham Board of Education at an April 18 meeting of the City Council. (Contributed)

PELHAM— After interviewing seven candidates for two open Board of Education positions on April 16, the Pelham City Council voted to appoint Sharon Samuel and Allan Wade at an April 18 meeting.

Samuel was appointed to Place 4, which was previously held by her mother, Dr. Barbara Regan. The board announced Regan’s resignation at a March 21 meeting, and Samuel will finish the remaining 14 months of Regan’s term.

During the work session April 18, City Council President Rick Hayes asked the council members to nominate candidates for each position based on the April 16 interviews.

Councilman Maurice Mercer nominated Samuel for the Place 4 position and was seconded by Beth McMillan.  Both Mercer and Hayes stated Samuel impressed them as a candidate.

“I think she presented herself well and has a lot of ideas moving forward as far as education is concerned,” Mercer said. I think she’ll be an asset to the team.”

“I was very impressed with Mrs. Samuel,” Hayes added. “She presented herself very well, and I think has a jump start in understanding what went on with the school board. She speaks very well to the issues and is a good representative of the community.”

McMillan nominated Wade for Place 3, and Hayes seconded the motion.

Mercer expressed gratitude to all the candidates who took the time to apply for the position, and Hayes added that many would also be excellent candidates for a Pelham City Schools Foundation.

He said Superintendent Dr. Scott Coefield and School Board President Rick Rhoades are anxious to get a foundation started for the school system.

“I think we had some very good candidates— some individuals who will be excellent members, long term, for the board, some would be fantastic members of the foundation we talked about… and some applicants are ready, right now, to step in and get moving with our foundation,” Hayes said.

After the City Council appointed Wade and Samuel, Wade publically thanked them for selecting him, stating he would do his best to serve the city and school system.

Hayes, McMillan and Councilman Ron Scott also publically thanked Regan, who attended the meeting with her daughter, Samuel. They each commended her service, and said they felt fortunate to have her serve on Pelham’s first Board of Education.

“Everything I did was from the heart,” Regan responded. “If you need me, I am available. Maybe not with all the time that I did give, but you have my phone number, email, you know where I live. I will help however I can, as much as I can. Thank you for having the trust to allow me to help get it started.”

The Helena Huskies boys soccer team took back the No. 1 spot in the Class 4A-5A rankings with an overall... read more