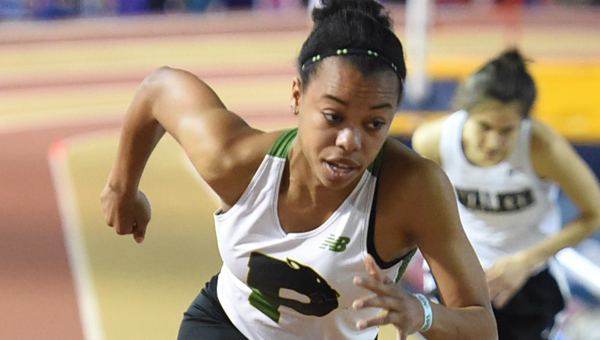 PELHAM – The 2016 Shelby County Championships took place at Pelham High School on April 18 and saw 11 different schools from Shelby County compete. The only AHSAA schools in the county that did not take part in the meet were Spain Park and Indian Springs, as the other 11 schools all sent athletes who scored points. The Pelham girls and the Thompson boys were the big winners at the meet, each team winning their respective meets by more than 65 points.

The Pelham girls won the girls’ varsity meet by 66 points, beating second-place Thompson 217 to 151. Erin Hines won the 200-meter dash, the 100-meter hurdles and the long jump, and placed second in the javelin throw to finish with a meet-best 38 points. Mary Grace Strozier won the 1,600-meter run and the 800-meter run while her younger sister Katie Strozier won the 400-meter dash and placed second in the 800-meter run as well. Allison Jordan won the 300-meter hurdles, Emily Shaw set a meet record in the high jump, Alex Ladewig set a meet record in both the pole vault and the triple jump while Emorie Long also set a meet record in the javelin throw to lead the Lady Panthers.