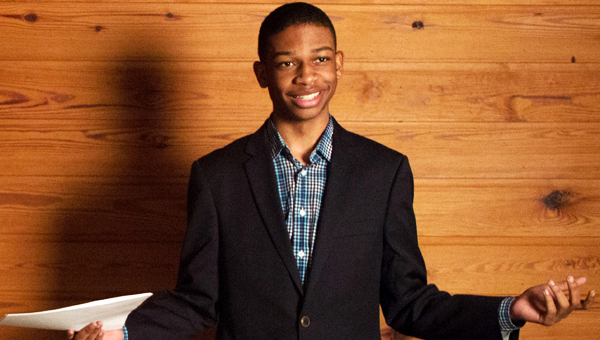 This was the final debate tournament of the season, and the duo had just completed a double-elimination Deep South District Tournament in mid-March, according to debate coach Rachel Puckett.

“Brooklin and Christion are extremely hard working and have very positive dispositions,” Puckett said. “They seek additional feedback and always go above and beyond what’s asked of them.”

In the final round of the state tournament, Finch and Ballard were competing against two seniors from The Montgomery Academy, who had recently gone undefeated at the District Tournament in March, Puckett said.

Finch and Ballard’s topic concerned a military base in Japan, and the duo argued that the United States should withdraw its military presence from Okinawa.

“The more practice you have, the better you are,” Puckett said. “We had two young men who had four years experience and specific experience with this topic. We knew it’d be tough (competition), but were optimistic. The round was a close one, and we weren’t sure how the three-judge panel would vote.”

Puckett explained that a 3-0 or 2-1 decides the winner, so the team waited a full hour after the round to hear the results during the awards ceremony.

“Brooklin had convinced herself they lost, so she had her hand over her face on the stage,” Puckett said. “I loved watching her peek out from under her hand with excitement the moment they announced the winner.”

Finch and Ballard put a lot of time into SpeakFirst debate, each participating in 11 tournaments for the year. The students attended three-hour practices three days a week since the end of August, and then spent 15 hours at Friday and Saturday tournaments.

Puckett said Finch and Ballard both have almost perfect attendance, missing only one or two practices in their two years on the team. Both sophomores joined the SpeakFirst team in eighth grade.

“They, along with their 16 other teammates, are the most driven and ambitious high schoolers I’ve ever met, and nothing warms my heart more than for the rest of the community to see what they’re capable of too,” Puckett said.