Learn to arrange flowers at the Pelham Public Library 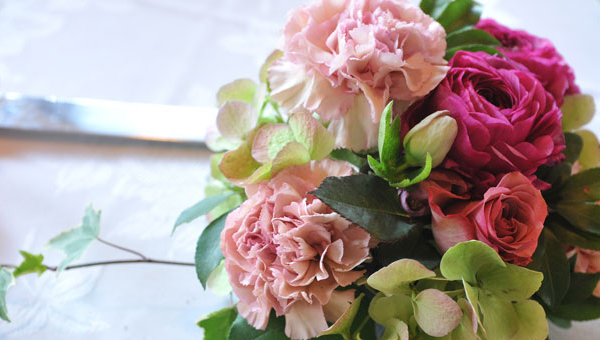 The Pelham Public Library is hosting a floral arranging program May 9 from 6-7 p.m. (Contributed)

PELHAM— Residents with an interest in creating floral arrangements this spring have an opportunity to learn the tricks of the trade at the Pelham Public Library May 9.

Longtime Birmingham florists Ricky Whitley and Suzy Reynolds-Smith will be demonstrating the techniques and tools used to create flower arrangements from 6 to 7 p.m.

“Ricky does several weddings every year all over the state and sometimes out of the state,” said David Smith, adult services coordinator. “(Reynolds-Smith) has done the same. She does a lot of decorating around Christmas time. Between those two, I’d say they rank among the top experienced florists.”

Smith said the two florists are usually so busy with weddings and events this time of year, they don’t have time to host demonstrations like this. Fortunately, they were able to set aside some time for the library this year.

Whitely specializes in traditional arrangements with a modern twist through his bridal and event flowers. According to his website, Whitley was awarded the prestigious Knud Nielson Alabama Cup for excellence in floral design in 2000.

He was also awarded the Alabama Designer of the Year Trophy in 2001, the Perfect Wedding Guide’s “Brides Choice Outstanding Professional” in 2010 and he won the Birmingham Home Show’s “Battle of the Bulbs” design competition in 2013.

Smith said Reynolds-Smith often incorporates wildflowers and greenery from her yard into arrangements, along with flowers from a wholesale retailer. She has freelanced with many of the larger floral companies in Birmingham, according to Smith.

“I have gotten some calls about (the demonstration),” Smith said. “What makes it exciting is they’ll put together some arrangements and at the end of the program they will give those away by drawing.”

The program is free, but Smith said seating is limited. Attendees don’t need to bring anything, although he said they might want to take notes in a notebook.

To reserve a seat, call the library at 620-6418. For more information about Ricky Whitley, visit Rickywhitleyflowers.com.