PELHAM— The Pelham Police Department arrested 48-year-old Tammi Downes on April 10 and charged her with a felony count of child abuse after an alleged Jan. 26 incident. 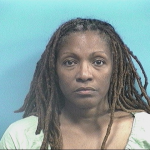 According to Pelham Police Lt. Pat Cheatwood, Downes’ arrest was related to an ongoing investigation that was first brought to the attention of DHR. The case went through the “normal channels” he said, going through Owen’s House and the multidisciplinary team.

Multidisciplinary teams are groups of professionals, such as law enforcement officers, educators, medical professions and DHR representatives, who come together to provide a comprehensive assessment and consultation in abuse cases.

“In this case, it was decided that Downes be charged with willful abuse of the child,” Cheatwood said.

He said Downes’ child was removed from danger and placed in DHR’s custody when the investigation began.

Downes, who lists an address on Hamilton Road in Pelham, was released from the Shelby County Jail April 10, after she posted a $10,000 bond.

Wilfull abuse of a child under the age of 18 is a Class C felony. If Downes is convicted, she could face up to 10 years in prison.

What did Alabaster’s BOE candidates say during interviews?