COLUMBIANA – Two Columbiana men have been arrested in connection with recent vehicle break-ins in the downtown area. 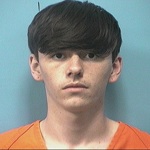 The Columbiana Police Department arrested Jeffery Martin Hatcher, 18, and his brother, Bradley Lane Hatcher, 20, on two counts each of allegedly unlawfully breaking and entering a vehicle. Bradley Hatcher also was charged with two counts of fourth-degree theft of property. 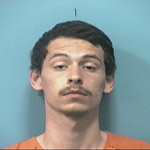 The charges stem from car burglaries that occurred on the night of April 6 on East Sterrett Street in Columbiana, according to a CPD press release.

“I appreciate the hard work of my officers, and the citizens that have given us information and cooperated in this investigation,” Columbiana Police Chief Lamar Vick wrote in the release. “Several other car burglaries have been reported, and investigation continues in those cases.”

Jeffery Hatcher and Bradley Hatcher, who list an address on Phillips Circle in Columbiana, are being held in the Shelby County Jail on bonds totaling $10,000 and $12,000, respectively.

“It’s important for the citizens of Columbiana to consider that all of the cars that were burglarized were unlocked at the time,” Vick wrote. “These criminals were simply walking around at night, and trying door handles. We want everyone to remember the importance of locking their car doors, and never leaving unattended valuables or guns in their vehicles.”

Unlawful breaking and entering a vehicle is a Class C felony that carries a maximum sentence of 20 years in prison.

Theft of property in the fourth degree is a Class A misdemeanor that carries a maximum sentence of one year in prison.

“It’s also important for everyone to remember to record the serial numbers of your guns or other property,” Vick wrote. “We can put information into the nationwide crime computer, and we recover many stolen guns and property in this manner. We make arrests that way, too. Write down your serial numbers, or take a picture of them. It helps us in our investigation.”