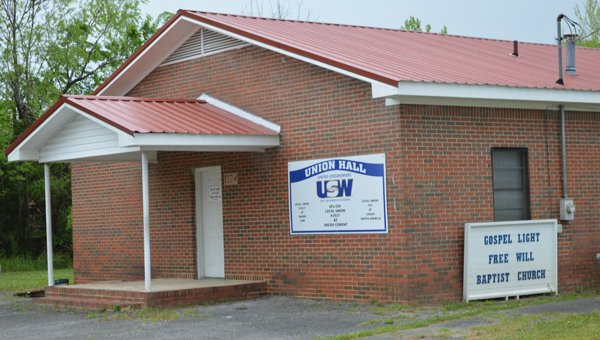 CALERA— After spending several years hosting services in Calera, the pastor of Gospel Light Free Will Baptist Church decided it was time to re-launch and revitalize.

Beginning May 1, Pastor Raymond Rivers said the church will be hosting a series of updated services to launch the new era of Gospel Light Free Will Baptist.

As a small church, meeting at Union Hall at 1324 Woodbine Ave., Rivers said it’s been difficult to keep up with the current multi-faceted culture.

The new services at the church will feature newer music, TV screens, a more intensive children’s ministry and more, according to Rivers.

He and his family will promote the re-launch at Calera’s Strawberry Festival April 30, and will launch the new services May 1 with events following every Sunday in May.

The special services throughout the month are: Mother’s Day Service on May 8, Family Friends Day on May 15, Youth Sunday on May 22 and Mission Sunday on May 29.

Rivers also added that there are several events coming up in June and July. Gospel Light Free Will Baptist is hosting vacation Bible school June 1-5, a Christian art camp June 27-29, Anniversary Sunday July 10 and a creation science camp toward the end of July.

“I don’t want to be mediocre,” Rivers said. “I want God to get the glory out of this, and if there is some way that we can be a blessing in sharing God’s love with people here, then we want to do that.”

Helena sweeps Sylacauga in opening round of playoffs

The Helena Huskies baseball team celebrates after sweeping the Sylacauga Aggies in the first round of the playoffs on Friday,... read more