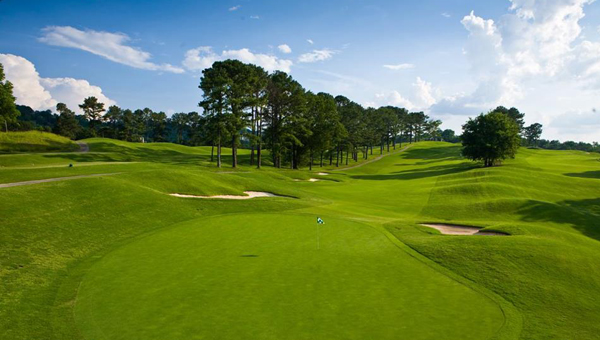 HOOVER—Last year’s largest community scholarship given to one Spain Park High School student didn’t come from a business, a club, a church or a corporation. The $6,000 scholarship came from Spain Park students through the nonprofit organization, Students for Students Scholarship Foundation.

The 501c3 charity hosts an annual golf tournament to fund the Students for Students scholarship. From getting sponsorships, to organizing the tournament, to tournament day operations, the entire effort is student driven.

Students for Students Scholarship Foundation was created in January 2015 as students Tommy Kulkis, Trevor Kulkis, Jack Peters and Jameson Floyd were thinking about college and the legacy they would leave behind at Spain Park.

“We were trying to think of ways to make an impact on our school,” Floyd said.

The four students set their sights on helping a fellow Spain Park high schooler with the challenging financial burden of college.

“College is really important to all of us,” Students for Students member Elizabeth King said. “It’s the next step.”

The first year was challenging. The group set to work on the long process of creating a 501c3 nonprofit organization, allowing for tax-deductible donations, and planning a golf tournament.

Students for Students members went out in to the community seeking donations and golf tournament sponsorships.

The months of hard work paid off. The tournament raised $6,000, all of which went straight to a senior chosen by a faculty selection committee.

“We were able to get up there and give the scholarship to a student,” Floyd said, noting the pride and sense of accomplishment he and other Students for Students members felt.

Students for Students is back to work again this year, and with more members and a strong business structure, they’re hoping to reach beyond last year’s accomplishments.

The group’s founding members head up the finance, operations, marketing, sales and human resources for the foundation. Other students specialize in public relations, design, social media and more.

“We all help each other, but everyone has their role,” Floyd said. “There’s organization to it, but it’s collaborative.”

King, the head of public relations for Students for Students, said this year the group is focusing on building their public image in the community.

“We’re really trying to get the word out there,” King said.

Students for Students members have held weekly Sunday meetings to plan for the tournament. Floyd estimated some members have done more than 80 hours of work for the event.

This year’s tournament is scheduled for April 30 at the Highland Park Golf Course. The four player scramble golf tournament kicks off at 1 p.m. Awards will be given to the teams with the best and worst scores, closest to the pin and longest drive. There will also be a putting contest.

Along with the tournament, golfers will get a box lunch, post event dinner, drink tickets and a chance to win raffle prizes.

“Anyone can come out and golf,” Floyd said, adding the fun event is for golfers of all ages and skill levels.

The core of Students for Students is made up largely of seniors, but King and Floyd said they’re confident the group will continue and grow.

“We’re training the people that are going to replace us,” King said.

“It sounds ideal, but it would be cool to see (Students for Students) as a national thing,” Floyd added.

For more information and to register for the Students for Students Scholarship Foundation golf tournament on April 30, visit Spstudentsforstudents.com.