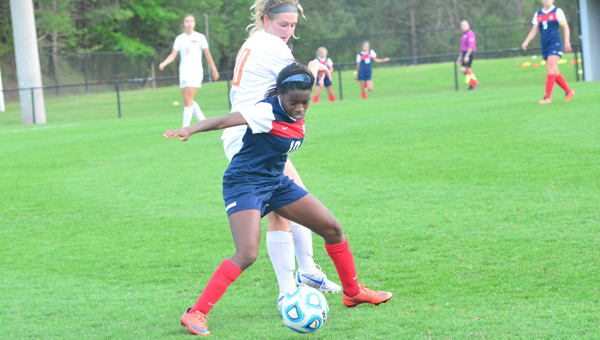 Hailey Whitaker and the Oak Mountain Lady Eagles beat Vestavia Hills in the Metro Championship on April 22 in overtime, advancing to 19-3-1 on the year. (File)

Both Vestavia and Oak Mountain had chances throughout the first half, but neither could find the back of the net. Hailey Whitaker had an early look at goal that sailed just high while Lucy Thrasher had a chance at a header off a corner kick halfway through the first half and had another look at goal late in the half that both resulted in nothing. The Lady Rebels pushed the tempo from the jump, looking to get an early goal and cultivate some momentum, but Alyssa Vess came up big in goal on multiple occasions, keeping the game slotted at 0-0 headed into the half.

In the overtime period, after some more back and forth from both teams, the Lady Eagles finally broke through when Scherer put a goal in the back of the net, giving Oak Mountain the hard-fought 1-0 win. Oak Mountain is now 1-1 on the year against Vestavia, and will likely see the Lady Rebels once more in the playoffs.

The Eagles advanced to 19-3-1 on the season, taking over the No. 1 ranking in the state of Alabama in the process.

JC Goolsby and the Thompson Warriors split a series with Central-Phenix City on April 23, ending their season with a... read more