SHELBY – A single-vehicle crash on the afternoon of April 24 claimed the life of a Shelby woman. 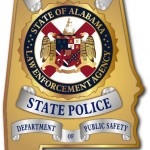 A 55-year-old Shelby woman died following a single-vehicle crash off Shelby County 46 on the afternoon of April 24. (Contributed)

Wendy Etress Johnson, 55, was driving a 2004 Ford Explorer when it left the roadway and struck a tree off Shelby County 46 in Shelby, according to Alabama State Troopers Senior Trooper Chuck Daniel.

After the crash at 2 p.m., Johnson was transported to Shelby Baptist Hospital, where she died of her injuries.

No more information has been released as Alabama State Troopers continue the investigation.