A look at the softball postseason picture 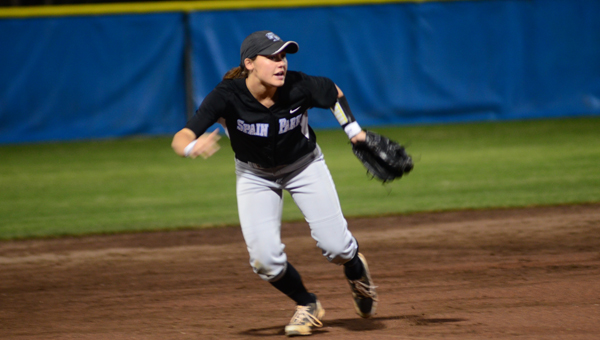 The AHSAA softball area tournaments begin with gusto all across the state on April 29 and will go through May 7 before the regional tournaments take place. Of the 12 AHSAA county softball teams competing in area tournaments, eight of them are ranked as either the No. 1 or No. 2 teams in those tournaments and have high chances of advancing to their respective regionals. With so much about to take place over such a small span of time, it’s a good idea to get a cursory understanding of what lies ahead for your team and each of the teams in the county. So, here’s a quick breakdown of each and every county team’s area tournament picture.

Spain Park. The Lady Jaguars finished the regular season with a 4-2 record in 7A Area 6, along with Vestavia Hills and Hewitt-Trussville. The three teams each beat Mountain Brook twice and split their series’ with the other two, forcing a three-way tie atop the area. The result was a coin flip to determine the seeding of the top three teams, which Spain Park won, and as a result the Lady Jaguars will host the tournament. Spain Park will play Mountain Brook on May 5 at 4 p.m. to start things off, and has to win at least two games to advance to the North Central Regional tournament in Tuscaloosa.

Oak Mountain. Oak Mountain also finished the season 4-2 in 7A Area 5 along with Hoover, but lost that coin toss to the Lady Bucs, and will be the No. 2 seed in that tournament, also starting on May 5. Oak Mountain will play Tuscaloosa County at 4:30 p.m. at Hoover High School in the opening round of the area tournament, and has to win at least two games to advance to the North Central Regional.

Thompson. The Lady Warriors are the No. 4 seed in the 7A Area 5 tournament after going 1-5 in area play. Thompson will play Hoover in its first game of the area tournament, which will take place at 2:30 p.m. on May 5. The Lady Warriors lost both their regular season matchups with Hoover by scores of 7-2 and 6-3, and will have to find some magic if they want to make a push into the regional tournament.

Briarwood. The Lady Lions won back-to-back games against Homewood, the only other softball team currently in 6A Area 9, by scores of 5-3 and 6-0 to claim the top seed in the 6A Area 9 tournament. Briarwood and Homewood are both already through to the 6A North Central Regional, as each area sends two teams to the regional tournaments and Briarwood and Homewood are the only two softball teams in the area. The two will play twice more on May 3 to determine which of the two will have the top seed from the area tournament entering regional play, which will begin May 12.

Pelham. The Lady Panthers had won seven of their last nine games as of April 26 and stood at 15-19-3 on the season. While that record is less than stellar, Pelham showed up when it mattered, finishing with a 4-2 record in 6A Area 8 play. The Lady Panthers lost twice to Hueytown while beating John Carroll Catholic and Hueytown twice by average scores of 14-2, claiming the two-seed for the area tournament. Pelham will play John Carroll on April 29 at 4:45 p.m. at Hueytown High School to kick off area tournament play, and needs to win two games in the area tournament to advance to the South Central Regional tournament in Troy.

Helena. The Lady Huskies were 18-12 as of April 26, and finished the regular season with a 6-0 record in 5A Area 7, beating Calera, Jemison and Central-Tuscaloosa twice. Helena will host the Area 7 tournament beginning on May 3, kicking off with a game against the No. 4 seed Central-Tuscaloosa team at 3:30 p.m. Helena will then play either Jemison or Calera, and needs to win at least two games to advance to the South Central Regional.

Shelby County. The Lady Wildcats finished the regular season as the top overall seed in 5A Area 8, and will host that area tournament beginning on May 3. Shelby County will kick things off at 10 a.m. with a game against Talladega, and then will either play Sylacauga or Central High School of Clay County next. Shelby County needs to win two games for a bid to the South Central Regional.

Calera. The Lady Eagles were 15-11-1 as of April 26, and finished the regular season with a 4-2 record in 5A Area 7 play, losing to Helena twice but handling Jemison and Central-Tuscaloosa easily. Calera’s first area tournament game will be against Jemison on May 3 at 1:30 p.m., and will then either play Helena or Central-Tuscaloosa. Calera needs to win at least two games to advance to the South Central Regional.

Indian Springs. Springs is the No. 3 seed in the 3A Area 8 tournament, and will face BB Comer on May 2 at 10 a.m. at Fultondale High School. Springs will then face either Midfield or area champion Fultondale in its second game, and needs to win at least two games in the area tournament to keep its season alive.