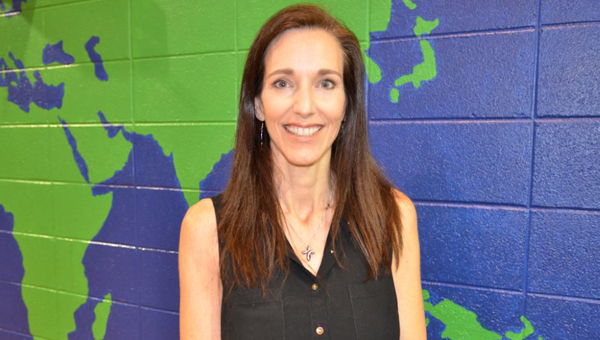 Deanna Bamman, a longtime volunteer with Hoover City Schools, has been appointed to the Hoover Board of Education. (Contributed)

HOOVER—Hoover’s newly appointed Board of Education member Deanna Bamman is no stranger to the school system. The 12-year Hoover resident has volunteered at both the school and district levels, and is mother to two current Hoover City Schools students and one graduate.

Bamman’s school volunteer work began more than 15 years ago at her children’s preschool in Helena. As her children got older, she began to volunteer on the Parent Teacher Organization at Helena Elementary School.

Bamman continued to work with her children’s schools after moving to Hoover in 2004. Since then, she has served on the Parent Teacher Organization at Trace Crossings Elementary School and Bumpus Middle School, and Hoover High School’s Parent Teacher Student Organization.

Bamman has also volunteered at the district level on the Hoover Parent Teacher Council since 2011, serving as corresponding secretary, president and, currently, parliamentarian. The group, which consists of PTO presidents from across the district, advises and gives feedback to the system’s central office.

Additionally, Bamman has served on numerous district committees, including the Teacher of the Year selection committee, calendar committee, federal programs advisory committee, accreditation committee and two principal search committees. She will be on the strategic planning committee for the 2016-2017 academic year.

Applying for the Board of Education position felt like the logical “next step,” Bamman said.

“Right now we’ve got to get creative and think out of the box,” Bamman said, “In order to continue (the high quality of education) we have to balance our budget.”

The Hoover City Council chose Bamman from a pool of seven applicants for the Board of Education seat. Bamman will begin her five-year term on June 1.

“It’s an honor to be appointed to the Board of Education, and I look forward to working with the other board members and the superintendent,” Bamman said.