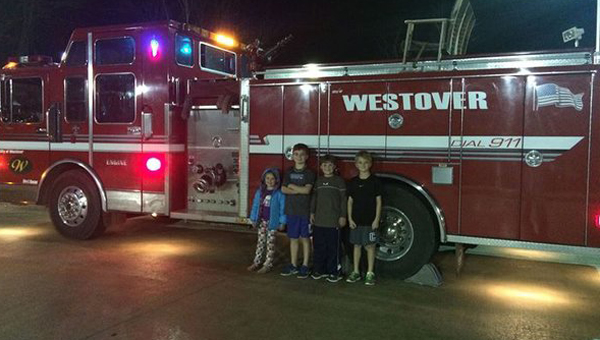 WESTOVER—The Westover Fire Department recently got some news that could save town residents “hundreds of thousands of dollars,” Westover Mayor Mark McLaughlin said.

“It’s a big deal for the city,” McLaughlin said. “We’re proud to offer this service to our residents.”

“It’s a major deal,” McLaughlin said. “It could literally save hundreds of thousands of dollars.”

The rating process is a lengthy one for both fire departments and the ISO. When rating a fire department, the ISO takes into account a department’s staffing, response time, equipment, hydrants, water sources, mutual aid and more.

The Westover Fire Department spent months preparing documentation for a five-day department visit from the ISO.

“It takes a couple months to get everything together,” Westover Fire Chief Kelly Morris said. “We have to have all of our records present (at the ISO visit).”

The Westover Fire Department is open seven days a week and staffed by six professional firefighters, including McLaughlin.

“If your house catches on fire, and we hope that it doesn’t, you’ll most likely see me out there working to put the fire out,” McLaughlin said.

“Shelby County is a really good area for this kind of stuff,” Morris said. “Everyone is really good at helping out.”