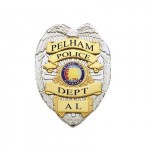 In an April 29 interview, Palmer said the driver was making his regular rounds through Chandalar, and he stepped out of the vehicle conducting his normal course of business.

The Trash Taxi truck began to roll down the hill on North Chandalar Lane, which resulted in damage to surrounding property.

The department is leaning toward mechanical issues as the cause of the incident, according to Palmer, but he said the situation is still under investigation.

While Palmer said several of the units had “extensive damage,” there were no injuries related to the accident.

Volunteers work to build Carrie Haynes and her mother, Mary Lee Kirkland, a ramp at their home. (Contributed) By JESSA... read more