Union UMC, The Church at Chelsea Park to hold homecoming 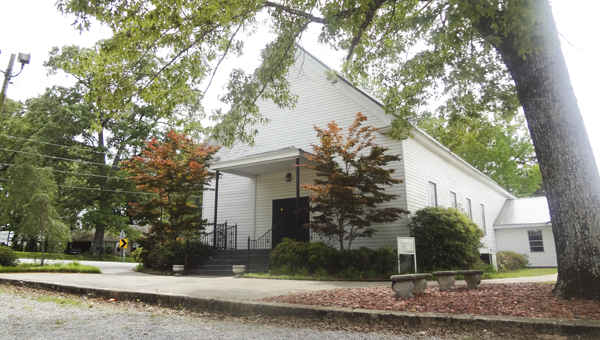 The event will start at 10 a.m. with singing, following by a look back at the church’s history.

“We’re just going to sing the old songs,” Union Homecoming Committee member Dot Walton said. “We will have some solos, and we’ll have an emphasis on memories of prior homecomings and things at the church.”

Walton said a highlight of the event will be the Union Choir’s performance. Susan Donehoo is the choir director.

“We have a really good choir,” Walton said, noting the group is asked to perform at other local events throughout the year.

Becky Moore will give the history of the church and the church’s cemetery.

According to an old church newsletter, the oldest record of Union Church is it was a Mission Church of the Methodist Protestant Church in November 1859.

The next record available indicates the 63rd Conference of the Methodist Protestant Church met at Union Church in Shelby County on Dec. 3, 1891.

The cemetery, which is referred to as “Union Methodist Cemetery” in the newsletter, also dates back to the 19th century.

“There is no possible way of determining how old some of the rocks are that mark the unknown graves in parts of the cemetery, but there is one grave marker in the cemetery that lists the year of death as 1853 with the birth year as being 1801,” the newsletter read. “A number of gravestones in the cemetery indicate that many local residents were young men and women during the mid-1800s. The number of graves from this period indicate an active support of the church during the Civil War and immediately after.”

Several days prior to homecoming, people come to the cemetery and decorate their loved ones’ graves.

Everyone is welcome to attend homecoming, which was once considered the “social event of the season,” Walton said.

Those who attend are encouraged to bring a covered dish for lunch after the service, at about 11:30 a.m.