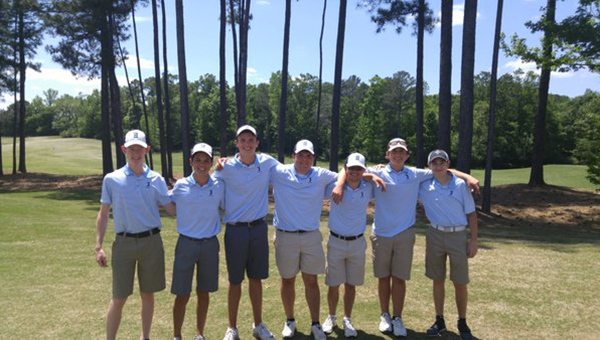 The Helena Huskies boys and girls golf teams both captured first place at the AHSAA 5A Section 2 tournaments. (Contributed)

The Helena Huskies boys and girls golf teams each finished in first place at the AHSAA 5A Section 2 Tournaments on April 25 and April 26, advancing to Substate.

The boys team shot their best score of the season with a 316 and freshman Michael Fain led the team with a score of 78.

The girls team won their sectional tournament on April 26, by beating Sylacauga by one stroke, 276 to 277.

Senior and Arkansas State commit Grayson Gladden led the Lady Huskies with a score of 74.

Helena takes care of Jemison to advance to third…