COLUMBIANA – A 32-year-old Pelham man is set to stand trial in June on charges alleging he threatened to take a woman’s children away if she didn’t perform sex acts on him, according to court documents filed in late April. 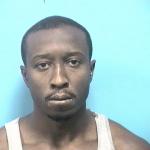 According to a court order issued on April 27, Pelham resident Brandon Howard Daniel is set to stand trial by jury on multiple charges beginning on June 13 at 9 a.m. in courtroom No. 3 at the Shelby County Courthouse.

Daniel has pleaded not guilty to charges of soliciting for the purpose of influencing official action, indecent exposure, harassment and third-degree theft of property after he was arraigned on the charges in late January.

Soliciting for the purpose of influencing official action is a Class B felony, and carries a maximum sentence of 20 years in prison if convicted.

According to his indictments, Daniel, while serving as a DHR employee in August 2013, allegedly told a female client “that if she would have sex with him that he would not take her children away from her.”

Daniel’s arrest came after Alabaster police said the victim filed a complaint claiming Daniel, her DHR case worker, had inappropriate sexual contact with her during a home visit in Alabaster.

As of May 3, the civil lawsuit was still pending against Daniel and the DHR employees.