Kids to explore the sea at Lakeview’s VBS 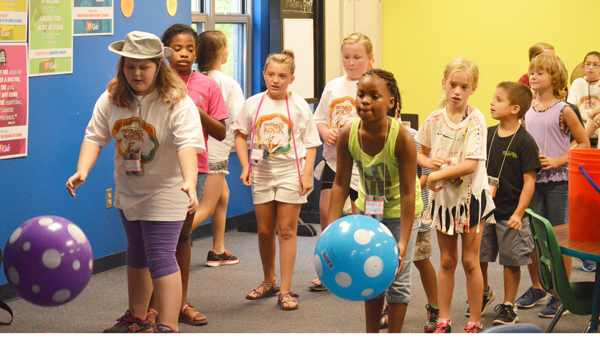 Teams of volunteers will transform the church into an underwater oasis with streams of water falling from the ceiling and more, according to Pastor Michael Miller.

“It’s going to be a pretty great event, just trying to love on the community and show them God’s love,” he said.

VBS 2016 Deep Sea Discovery will run from June 20 to 24 from 6-8 p.m. at Lakeview. Miller said the kids will participate in creative crafts, exciting games and “awesome rocking” music.

“It’s going to be themes of water with Noah, Jonah, Peter, Paul and Jesus and how God was with them every step of the way,” Miller said. “(We’re) just kind of going deeper with Christ.”

Miller said the church has been abuzz with excitement from both the staff and the kids, who he said start talking about it as soon as the previous VBS ends.

The last day of VBS is an exciting one for the students, Miller said, as the church will host a party with inflatables, games and more for the kids who participated. Miller said the kids bring their friends out and it’s one big party.

The Sunday after the Deep Sea Discovery, June 26, Miller said Lakeview is hosting a VBS service where the students can share their discoveries with the congregation.

VBS is open to kindergarten through sixth grade students. To register your child, stop by the sign up table at Lakeview Pelham’s First or register online at Goo.gl/forms/CEtJjun6is.

To register as a volunteer, see Kim Hutchens or visit Goo.gl/forms/6SwntfdsPE.