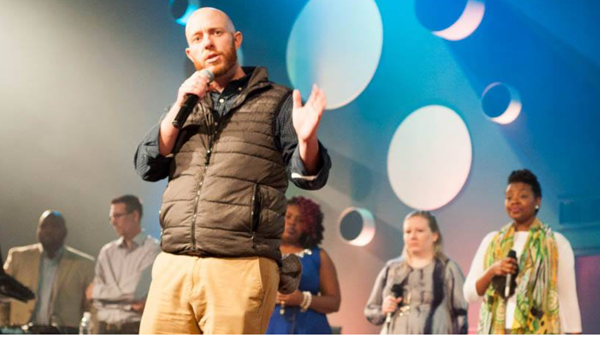 Pastor Brandon Hudson of Crosscreek Baptist Church represents one of five churches helping to plan Worship in the Park, which will take place at Pelham Park May 29. (Contributed)

PELHAM— Several churches in the area merged together for a joint service in January as a way to bridge the gap between denominations and congregations in Shelby County.

After attracting a couple hundred people to the Heavenly United service, the churches partnered with the city of Pelham to host a large-scale family event May 29 in Pelham City Park.

“We wanted to do something together, something just to show a non-denominational, non-biased event to unify the city,” said Pelham City Councilmember Maurice Mercer.

Worship in the Park kicks off at 5 p.m. with performances by praise teams, singers, dancers and more in Pelham Park. There will be food trucks and inflatables, and Mercer said guests are welcome to bring blankets and picnic baskets as well.

Mercer said the partnership with the churches and the city leaders isn’t something new in Pelham. He and Mayor Gary Waters meet with the area pastors quarterly, Mercer said, to discuss opportunities for service.

“It was just an opportunity for the pastors to meet each other (and) the city officials and to know who the neighborhood they were serving,” Mercer said.

The event in January got the ball rolling, and Mercer said Worship in the Park is an opportunity to bring people together and bring people out to Pelham City Park.

Heavenly United had between 15 and 20 churches were at the Jan. 17 service, including Foundry in Bessemer, Destiny International Church in Alabaster and Pelham’s Crosscreek Baptist Church.

Mercer said Worship in the Park has doubled, if not tripled, its church involvement from the last sevice.

“It just gives our residents something to do, a family friendly activity,” Mercer said. “We expect a big crowd.”