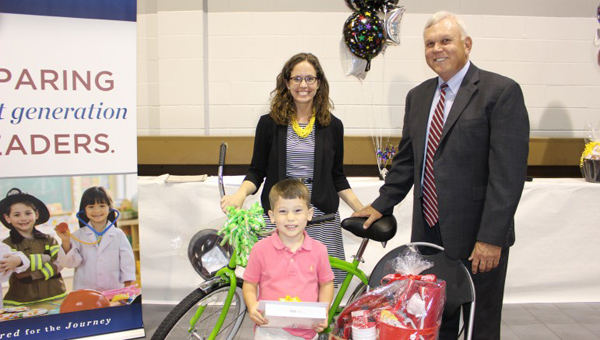 The second place winner was Chloe Lyles from Calera Elementary, who sold 85 books.

She received $100 from Regions Bank and $500 from SaveAround.

CJ Tolbert from Calera Intermediate was the third place winner for selling 50 books. He received $100 from Regions Bank and $250 from SaveAround.

Each of these students also won cash prices from Regions Bank and SaveAround in varying amounts depending on where they placed in the top 10.

The Education Foundation also honored teachers who were awarded over $39,000 in grant funding thanks to the money raised by the Coupons for Classrooms fundraiser.

The teachers who were awarded grants included:

Helena police officer Phillip Richards and his K-9 partner Bak showed HES second graders what they do on a daily... read more