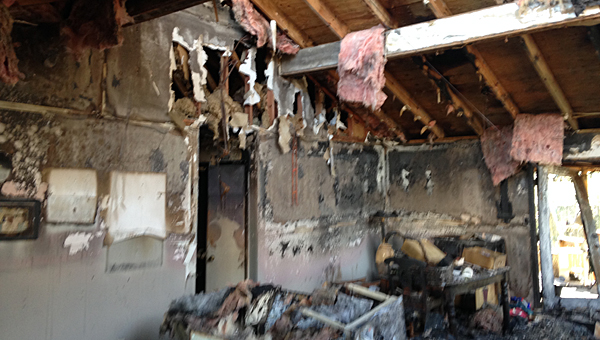 Alabaster voted to move forward with demolishing two houses, including a fire-damaged home on Meadowlark Drive, pictured, during a May 9 meeting. (Contributed)

ALABASTER – Two dilapidated and abandoned houses in Alabaster soon will be torn down after the City Council voted unanimously during a May 9 meeting to move forward with the demolitions.

Council members voted in favor of demolishing houses at 213 Meadowlark Drive and at 74 Reese Drive. The votes came after public hearings on the two homes, during which nobody spoke for or against the demolitions.

The Alabaster Housing Abatement Board previously voted to recommend the two houses be demolished, which passed the final decision along to the City Council. Since the council voted in favor of demolishing the homes, the city will cover the price of tearing the structures down, and will attach the cost as liens against the properties.

The house at 74 Reese Drive is off Shelby County 11, and has been abandoned for several years, Ward 1 Councilwoman Sophie Martin said previously.

The house on Meadowlark Drive is off Butler Road in southern Alabaster, and was heavily damaged by fire last summer, according to Alabaster City Manager George Henry.

The city had attempted to contact both property owners multiple times with requests to bring the homes in compliance with the city code, Henry said.