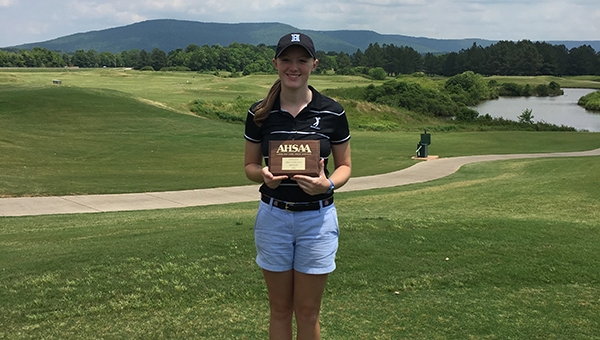 Gladden won first place in individual stroke play finishing with 147 total strokes after shooting a first round 77 and an impressive 2-under-par 70 in the final round to defeat Anna Reid of Demopolis by three strokes and capture the individual state championship.

Gladden has signed a letter of intent to play collegiate golf for the Arkansas State Lady Red Wolves women’s golf team after finishing at Helena.

Helena senior Jeremy Hughes (5) and the rest of the Huskies are returning to the 4A-5A Final Four for the... read more