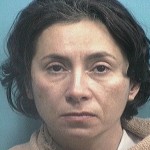 Tatyana Yevgenyevna Williams, who lists an address in the 3700 block of Crossing Crest off of Caldwell Mill Road, was arrested on May 8 on one count of willful abuse of a child under 18 and one count of first-degree sexual abuse.

According to court documents, on Dec. 25, 2015, Williams allegedly “drug (a child under 18) by the hair and pushed her into a television, causing lacerations to the victim’s head, then continued to push the victim to the floor preventing her from fleeing,” leading to the felony child abuse charge.

Williams was placed in the Shelby County Jail on May 8 and was released on May 10 after posting the $40,000 bond.

Willful abuse of a child under 18 and first-degree sexual abuse are both Class C felonies. If convicted, she could face up to 10 years in prison for each count.

Williams is scheduled to appear in front of Shelby County Circuit Judge Lara Alvis for arraignment on May 31 at 8:30 a.m.