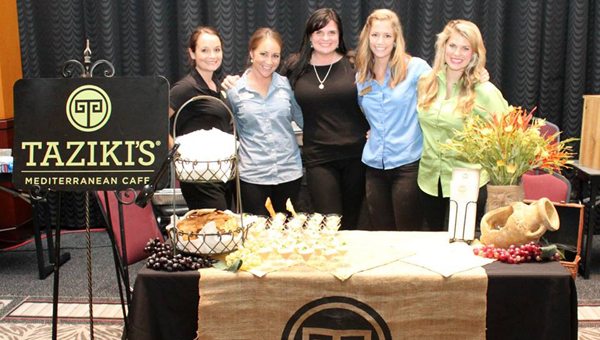 Taziki’s founder Keith Richards will address members of the Greater Shelby Chamber May 25 at the “Salute to Small Business” luncheon. (File)

PELHAM— To recognize the success of small businesses and their impact in Shelby County, the Greater Shelby County Chamber of Commerce is hosting its annual “Salute to Small Business” luncheon May 25 at the Pelham Civic Complex and Ice Arena.

Keith Richards, founder of Taziki’s Mediterranean Café, will provide the keynote presentation. The luncheon begins at 11 a.m. with business networking, and the program is set to start around 11:30 a.m.

“With 43 nominees in five categories for the Chamber’s 2016 Small Business of the Year, this year’s luncheon promises to be another outstanding salute to Small Businesses in Shelby County,” said Chamber President and CEO Kirk Mancer. “Small businesses continue to be important to our Shelby County economy. The impact they make each and every day –as employers and as investors in our communities – is second to none.”

Mancer said the Chamber is excited to host Richardsas the keynote speaker, adding that Taziki’s is a great small business success story. Taziki’s features Mediterranean-inspired dishes, such as grilled meats served with signature sauces and salads filled with fresh fruits and veggies.

Today, Richards is leading the Birmingham-based fast-casual chain’s growing franchise efforts, which were recently ranked 13th by Restaurant Business on its Future 50 List.

Taziki’s was also named one of Franchise Business Review’s Top Franchises in 2014 and 2015.

Richards found his passion for Taziki’s and its Greek food inspired menu on a 1997 trip to Greece with his wife, Amy. In 1998, they opened their first restaurant at the Colonnade in Birmingham. Today, Taziki’s has 54 locations in 15 states.

Taziki’s also makes a point of hiring special needs employees in his company-owned restaurants. The company has also created a partnership with local schools in Alabama.

The cost to attend is $20 per person for current Chamber investors and $30 for future members. For additional information on the Chamber’s luncheon or to make a reservation, contact the Chamber at 663-4542 or visit Shelbychamber.org/events.

By EMILY SPARACINO / Staff Writer CHELSEA – A multi-vehicle crash that shut down three lanes of U.S. 280 near... read more