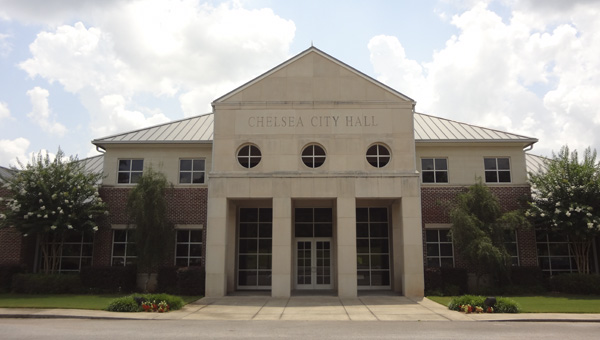 CHELSEA—The Chelsea Fire Department may soon have an updated transport vehicle. The City Council approved a resolution allowing Chelsea Mayor Earl Niven to negotiate a more than $90,000 agreement to refurbish the vehicle during a May 17 meeting.

The resolution was added to the May 17 council agenda after Niven and the council discussed a recent cost reduction for refurbishing services from Peach State Ambulance Inc., during a pre-council meeting work session.

The project originally carried a price tag of more than $10,000, but after negotiations with Chelsea Fire Chief Wayne Shirley, the company reduced the price to $97,499, Niven said. The price could be further reduced to $95,000 if the city agrees to pay the money “up front,” Niven added, bringing the total savings to $5,499.

The Peach Tree Ambulance Incorporated services will include refurbishing the transport vehicle box and placing it on a new chassis previously purchased by the city. The refurbished vehicle would be returned to the city in October, Niven said.

The Chelsea Council unanimously approved the resolution, which allows Niven to negotiate a contract with Peach State Ambulance Inc. Niven said he hopes to have a purchase agreement to bring before the council for the next meeting.

The Chelsea Council also approved a resolution allowing Niven to negotiate an agreement to purchase 8.9 acres of land to create an emergency exit for the city’s Sports Complex.

In other business, the Chelsea City Council:

-Approved a resolution for the use of the electronic voting devices used by Shelby County for the upcoming Chelsea Municipal elections.