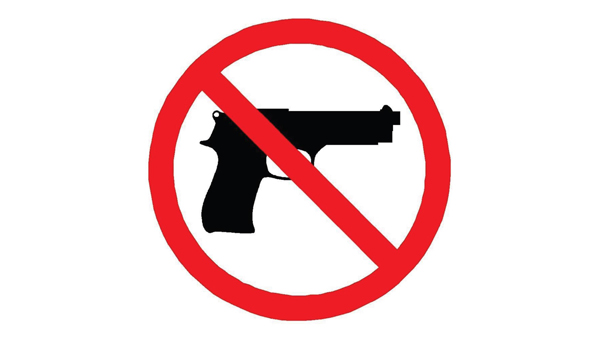 The Hoover City Council is considering an ordinance to amend the municipal code to allow for firearms in city parks. Signage prohibiting firearms will be removed, according to the ordinance. (Contributed)

HOOVER—In response to a complaint from the Alabama Attorney General’s Office, the Hoover City Council is considering an ordinance amending the municipal code to allow individuals to carry firearms into city parks, playgrounds and athletic fields.

The City Council heard a first reading of ordinance No. 16-2306 during a May 16 meeting.

According to the ordinance, the city’s current municipal code is in violation of state firearms law as it prohibits firearms in city athletic parks, lake parks, passive or playground parks and preserves.

The city was given until May 16 to amend ordinances regulating firearms. Additionally, posted signage prohibiting firearms must be removed.

Although the ordinance allows for open carry in public parks and recreation locations, there are limitations, city attorney Charlie Waldrep said.

Open carry can still be prohibited at public locations with controlled access. Schools, school athletic facilities and the Hoover Recreation Center are covered under the proposed amendments as each has controlled access, such as a security guard or sign-in system.

“The threshold is do you have controlled access,” Waldrep said.

A Hoover Police officer has been stationed as a guard at the Hoover Public Library, adding the library to the list of public locations with controlled access.

The Hoover City Council will hear a second reading and consider adopting the ordinance during the next regularly scheduled council meeting on June 6.

By NEAL WAGNER / Managing Editor COLUMBIANA – A 40-year-old Montevallo man is facing up to a decade in prison... read more