PELHAM— The synthetic chemical Kratom will soon be removed from every store in Pelham after a bill banning the substance was signed into law May 10. Pelham Police Chief Larry Palmer announced at a May 16 City Council meeting that officers have already begun the process of visiting local stores. 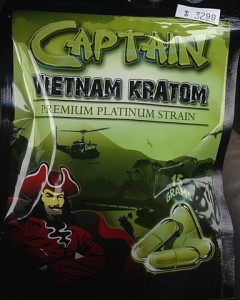 According to a new Alabama state law, any possession, sale, transfer, giving away, consuming, purchasing or trade of Kratom or any item containing Kratom is a felony. (Contributed)

Palmer described Kratom as a synthetic form of Oxycontin, which works on the opioid receptors in the brain. The new law added the alkaloids found in the Kratom plant—Mitragynine and hydromitragynine— to the list of controlled substances in the state of Alabama.

According to the PPD, research has found mitragynine and hydromitragynine to be dangerous, having similar effects of opioids and being highly addictive.

Before the new law was signed, products containing Kratom were legally sold over the counter in gas stations and over the Internet.

Now possession, sale, transfer, giving away, consuming, purchasing and any sort of trade of Kratom or any item containing Kratom is a felony.

“It will start disappearing off the shelves immediately,” Palmer said. “We have officers that will be armed with a letter from our District Attorney Jill Lee (and) will be visiting (each store). I wanted to visit each of our stores personally. The officer will tell them it’s illegal, (and) they must remove it from the shelf.”

As this is a new law, the PPD stated that some of these products may still be openly available for sale, although illegally, at some places.

The Alabaster Police Department is encouraging all residents in the city to use the Nextdoor social media site. (Contributed) By... read more