ALABASTER – A 27-year-old Alabaster man is facing up to 20 years in prison after he was arrested and charged with allegedly sexually abusing a 4-year-old child. 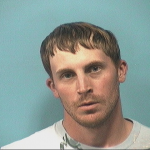 The Alabaster Police Department arrested Brandon Matthew Bryson, who lists an address on 14th Street Southwest in Alabaster, on May 16 and charged him with one felony count of sexual abuse of a child younger than 12.

The charge is a Class B felony, according to Alabama law, and is punishable by up to 20 years in prison upon conviction.

According to his arrest warrant, Bryson allegedly did “subject a person who is less than 12 years old to sexual contact” on April 7. The victim was 4 years old, according to the warrant.

According to court documents, Bryson pleaded guilty to a misdemeanor marijuana possession charge in 2009 and completed a term in the Shelby County Drug Court.

Bryson was released from the Shelby County Jail the same day he was arrested after posting a $15,000 bond.

He is now scheduled to appear in Shelby County District Court for a preliminary hearing on June 22 at 8:30 a.m.

First Watch brings a new side of breakfast and…