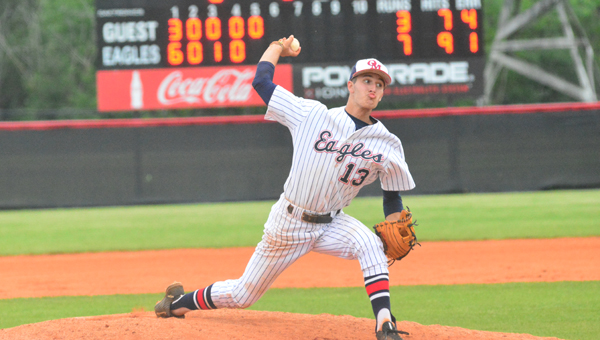 Oak Mountain’s Joseph Hartsfield helped lead the Eagles to the most wins in program history in 2016. (File)

The spring sports season is over, and with it the 2015-16 sports calendar has ended as well. It’s been quite a year, with too many memorable moments to count off hand. As tradition mandates, before we completely close the books on this year and move into the sporting doldrums of June and July, it’s time to look back on those athletes that made the spring special around the county. This week we’re revealing the All-County lists for baseball, with softball to come next week and soccer coming in the weeks after. So without further ado, let’s hit it with the 2016 All-County baseball teams.

Pitcher: JC Parker, Thompson, sophomore. Parker was one of the Warriors’ two main arms, and put up arguably the strongest numbers of anyone in the county over the course of the 2016 season. Parker threw in 12 games, started 11, and went 9-1 on the mound over 69 total innings pitched, with a save to his credit as well. His 69 total innings thrown were the sixth-most in the county, yet his 0.71 ERA was the lowest in the county of all pitchers. He also had 57 strikeouts to go along with a WHIP of 0.841.

Pitcher: Riley Davis, Helena, junior. Davis was the workhorse for the Helena team that won 36 games this season. Davis tossed 71 complete innings of work and finished the year with a 10-1 record from the mound, giving him the most outright wins of any pitcher in the county. He finished the season with an ERA of 1.67 and struck out 61 batters, helping Helena advance to the 5A quarterfinals.

Pitcher: Joseph Hartsfield, Oak Mountain, junior. Hartsfield was one of the main reasons Oak Mountain experienced the renaissance year it did on the baseball diamond. The junior right-hander tossed 72 innings worth of work on the year, the third-most in the county, and won eight games, tying the school record for wins. He also accumulated an ERA of 1.45 and finished with 76 strikeouts, which was the third-most of any pitcher in the county, as Oak Mountain won a program-best 30 games. 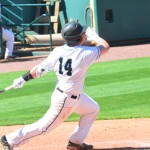 Catcher: Sam Praytor, junior, Helena (Co-POY). As a sophomore in Helena’s first year of existence, Praytor was already putting up big numbers, and finished last year with a .358 average and five home runs. In his junior year Praytor’s production continued to trend upward, and he turned in one of the best offensive performances in the county. In 46 games Praytor had 54 hits to go along with a batting average of .454. His 44 RBIs and head-turning 13 home runs were both county-wide highs, as was his .631 on-base percentage and 1.538 OPS. He also recorded a slugging percentage of .908 as he led Helena to the 5A quarterfinals, and he is the Co-Player of the Year in the County. 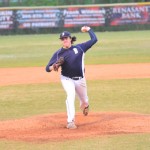 First Base: Sam Strickland, senior, Briarwood. Strickland makes the First Team as a first baseman, but also spent a large chunk of time as a pitcher for the Lions in his senior year. In 28 games Strickland amassed 41 hits, good for nearly 1.5 hits per game, and finished the year with a batting average of .456, the fourth-best mark in the county. He also amassed 29 RBIs to go along with four home runs and an on-base percentage of .524, and had a fielding percentage of .968 to boot. From the mound Strickland was just as impressive, starting nine games for the Lions and striking out 68 batters while earning a 4-2 record and a 2.04 ERA. 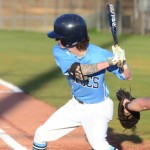 Second Base: Will Glasscock, junior, Calera. Calera won 22 games in 2016, which far outstrips the Eagles’ win total over any season dating back to 2002. One of the reasons for that turnaround was the play of Will Glasscock. Glasscock finished the season with a .304 batting average and a .541 on-base percentage as well as 32 stolen bases and a fielding percentage of .904, and will help try to get Calera into the playoffs next year.

Shortstop: Wyatt Baker, senior, Kingwood Christian. A natural third baseman, Baker played shortstop at Kingwood out of necessity, and played it well. Baker finished his senior year with 38 hits, a .431 batting average, 24 RBIs, six home runs and an on-base percentage of .539. Baker also stole 21 bases and finished the year with a fielding percentage of .920, all while playing a large chunk of the season with a cracked bone in his hand.

Third Base: Jonathon Pintaro, senior, Montevallo. 2015-16 was a good school year for the athletic programs at Montevallo, and the baseball team was no exception. Finishing with a 24-14 record and an appearance in the 4A state quarterfinals, the Bulldogs were a force all spring from both the plate and the mound. Jonathon Pintaro was one reason why, as he was one of the integral pieces to this Bulldog team, and time and again came up big from the plate. Pintaro finished with 56 hits, the second-most in the county, and registered a .441 batting average to go along with 35 RBIs and three home runs and a steal in his senior season. 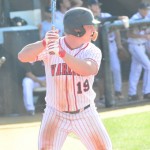 Outfield: Heath Haskins, senior, Thompson (Co-POY). Haskins was another player to improve on his already-impressive 2015 stats. Last year as a junior the power-hitting outfielder finished with a .390 average and six home runs on 57 hits. While Thompson as a team was unable to catch lightning in a bottle like they did last year en route to the 7A state finals, Haskins had himself a year to remember nonetheless. His .477 batting average was second-highest in the county, as were his 11 home runs. He was walked 30 times on the year but still amassed 53 hits and 43 RBIs, and finished the season with an on-base percentage of .603, a county-best slugging percentage of .910 and an OPS of 1.513. He also made zero errors on 83 chances from the outfield on the year. Haskins also pitched in spot innings for Thompson, appearing in five contests. He was credited with one win, no losses and two saves in as many opportunities from the mound while giving up just one earned run over eight innings of work, and is the Co-Player of the Year in the County. 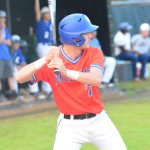 Outfield: Zac Oden, junior, Montevallo. The junior Oden has made a name for himself more on the football field than on the baseball diamond throughout his high school career, as Oden has been the starting quarterback for the Bulldogs since his freshman season. However, the multi-sport, multi-talented Oden finished the 2016 baseball season with 50 hits and registered a .391 batting average to go along with his 25 RBIs and three home runs. He also had two stolen bases and six outfield assists from his position in right field.

Outfield: Ethan Holsembeck, junior, Oak Mountain. Holsembeck finished 2016 with 62 hits, the most of any player in the county and the most in the history of Oak Mountain’s program, which included 15 doubles and five triples. The senior also finished with a batting average of .405, and helped to lead Oak Mountain to its best finish in program history.

Outfield: Cameron Kimbrel, junior, Evangel Christian. Evangel, the tiny ACSC outfit out of Alabaster, was another school to find tons of success across the 2015-16 school year. The baseball team followed the trend set by the football team last fall, and won the ACSC championship easily, finishing the year with a 25-15 record. Kimbrel was a vital cog in the Lightning’s title run, and finished the season with 42 hits and a .433 batting average through 34 games. Kimbrel also had 31 RBIs and a .495 on-base percentage, a .577 slugging percentage and a 1.073 OPS.

Pitcher: Jacob Smith, junior, Calera. Finished with a 6-1 record and a 1.24 ERA in 51 innings pitched. His 114 strikeouts were the most of any pitcher in the county. Also had a .367 batting average and 17 RBIs.

Pitcher: Jacob Albright, senior, Evangel Christian. Went 8-0 from the mound on the year and tossed 74 innings, tied for most in the county. Struck out 98 batters, finished with an ERA of 1.797 and a WHIP of 1.419.

Second Base: Matthew Swift, senior, Vincent. Split time between second base and the mound, finished with 29 hits, a .337 batting average and 25 RBIs as well as a .500 on-base percentage. Pitched 34.1 innings, earned a 2.24 ERA and had four saves as well.

Shortstop: Lance Johnson, senior, Thompson. Had 53 hits on the year, tied for fourth-best in the county. Finished with a .371 batting average, 17 RBIs and a .392 on-base percentage to go along with a fielding percentage of .896.

Third Base: Cade Adams, senior, Cornerstone Christian. Named to the AISA junior and senior All-Star games, hit .464 in his senior season with five home runs and more than 30 RBIs.

Outfield: Drew Hawker, senior, Spain Park. Had 42 hits, posted a .328 batting average and 16 RBIs along with a .964 fielding percentage.