VINCENT— A 24-year-old Vincent man could face murder charges after being apprehended by the Vincent Police Department related to the death of 33-year-old Jason Cohill. 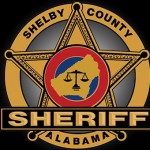 According to a release from Vincent PD, police responded to reports of a gunshot injury on Fleming Road at approximately 9:30 p.m. on May 19. Upon arrival, responders found Cohill had already succumbed to a gunshot injury.

Witnesses reported Cohill had been involved in an altercation with Rodney Brown, who is now being held as a suspect in the Shelby County Jail, the release said.

This incident is still under investigation and more information will be released as it becomes available. The Shelby County Sheriff’s Office and the Harpersville Police Department were also involved in the investigation.