CALERA— A May 23 car accident near the 231 mile-marker on Interstate 65 in Calera resulted in one fatality after the car drove into a 30-foot ravine, according to Calera Police Chief Sean Lemley. 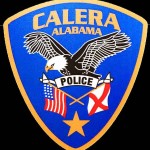 The incident occurred at approximately 3:44 p.m. May 23 when a car ran into the median of the highway in between bridges. Lemley said the car went off a ravine and landed on the railroad tracks about 30 feet down.

Lemley said traffic homicide investigators are currently looking into the accident to determine the cause.

As of May 24, the identity of the victim had not been released. More information will be posted as it becomes available.