Shangri-La Assisted Living to close for deficiencies in resident care 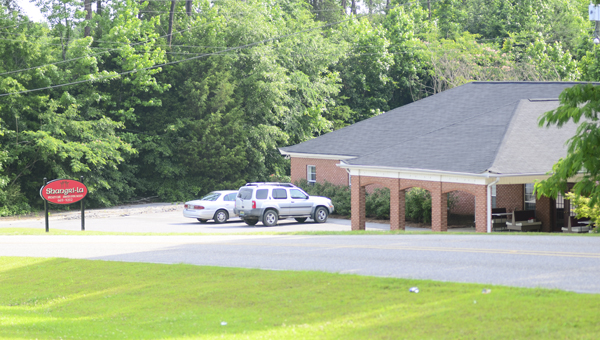 Shangri-La Assisted Living, LLC, in Columbiana is set to close at the end of May after the Alabama Department of Public Health investigated and substantiated two complaints regarding resident care issues during a licensure survey in December 2015. (Reporter Photo/Emily Sparacino)

COLUMBIANA – An assisted living facility in Columbiana is facing closure this month because of resident care issues noted in an Alabama Department of Public Health survey from December 2015.

Shangri-La Assisted Living, LLC, a 16-bed specialty care facility located at 155 Egg and Butter Road, is set to close at the end of May after the ADPH investigated and substantiated two complaints during its licensure survey of the facility, citing multiple deficiencies for failure to operate in accordance with Alabama State Board of Health regulations.

According to the survey, the facility’s “deficient practices” and “widespread failures resulted in actual harm for four residents and placed all 11 residents at significant risk for harm due to the administrator’s failure to apply the rules for the day to day operations of the facility.”

“This was not an emergency closure where the life and safety of residents was in imminent danger, but it was a bad survey with insurmountable problems in terms of following the regulations to provide the kind of healthcare oversight and management of residents that we require,” said Dr. Walter T. Geary Jr., bureau director and medical director for the ADPH Bureau of Health Provider Standards. “There are no state remedies other than licensure action for problems.”

A 74-page report from the survey listing deficiencies and how rules were broken names Shangri-La administrator, owner and registered nurse Rizalina Nichols as having failed to ensure the facility operated in compliance with the SBOH rules for specialty care assisted living facilities, and to adequately perform her duties as administrator to ensure the facility was managed responsibly.

According to the survey, this failure “resulted in retention of residents whose level of care exceeded the facility’s capabilities, poorly trained staff who failed to treat residents with dignity and respect, the use of physical restraints, the inability to meet residents’ care and safety needs, the lack of health supervision, poorly developed resident care plans that were not current and did not address resident problem areas with appropriate care actions, failure to follow physician orders, improper medication administration, and failure to maintain a safe environment.”

For Shangri-La and other facilities where serious deficiencies are found, the process following a survey is not as clear-cut as creating a plan of correction and conducting a follow-up, Geary said.

“For more serious deficiencies, facilities have a variety of options. They can sometimes meet with us and have their license downgraded to a probational license, or meet with us and sign a consent decree that turns the license over to a consultant firm for a few years,” Geary said. “Or, they can lease the property and let someone else run it. Sometimes, we just go to a hearing and we revoke the license, and they have to sell, lease or close.”

Geary said a hearing with Shangri-La was not held, and the company decided to attempt to find someone else to come in and operate the facility.

Nichols confirmed on May 18 she had not found a buyer for the facility, which has been open for 19 years, but she declined to comment further on the matter.

All residents received a 30-day notice of the facility’s impending closure. The facility is required to work with residents and their families to help them find acceptable alternative living situations, Geary said.

“That’s not always possible, but they do the best they can,” Geary said.

To view the full survey for Shangri-La, click here.