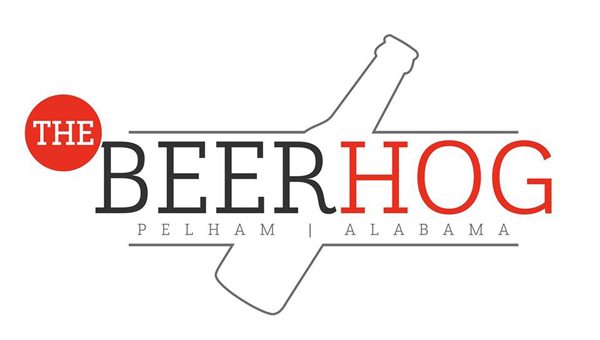 The Beer Hog, a craft beer bar in Pelham, is scheduled to open in early July. The bar will feature 65 craft brews on draft, with more than 300 available in its retail section. (Contributed)

PELHAM— Chris Lawrence is obsessed with craft beer. As the successful owner of Deermans BBQ, Lawrence was looking for his next endeavor when his passion gave him and his partner a great idea.

Lawrence and partner Eric Messer began with a plan to open another restaurant in the area, but eventually the plans fell through.

“We were driving home, kind of bummed out that the restaurant wasn’t going to work, and we had to go out of the way to get some Spring Street Saison from Avondale in the Hoover Target,” Lawrence said. “Eric mentioned, ‘Wouldn’t it be nice if there was a place here and you wouldn’t have to drive to Hoover?’”

The two completely switched gears, from restaurant to craft beer bar— and never looked back.

“It’s funny too because I mentioned it to Chris about 15 times prior, and that day it just sank in,” Messer added. “He loves beer, brews beer, he has a passion for it, and so it’s a good fit.”

They found their location in the shopping center with McAlister’s in Pelham, at 112 Bowling Lane, and they hope to open in early July.

With the growth of craft beer in Birmingham at more than 60 percent, Messer said craft beer is a popular commodity, and they’ve received a lot of positive feedback regarding the bar.

The Beer Hog will feature 65 craft beers on draft, with about 50 percent being brewed locally. Guest can order beers by the glass, in flights or fill up small and large growlers.

An assortment of local Alabama wines will also be available by the bottle and glass, and The Beer Hog will also feature a retail section with more than 300 types of craft beers and the local wines.

“We will try to have events as frequently as possible like food trucks, live music, releases and tastings for the wines and beers,” Lawrence said. “We’re just going to try to have a lot of fun. It’s going to be a nice, cool, fun place to drink craft beer.”

A two-inch-thick slab of cedar wood, featuring live edges on both sides, and a barn wood wall will set the tone for the bar. Chalk menu boards will feature names of the ever-changing menu.

Each beer will also be numbered, allowing guests to create their own flight of beers.

“It’s a good way for us to introduce people to craft beer that don’t know anything about it,” Lawrence said of the flights. “You can show them all the styles, and they’ll know exactly the different flavors of craft beer.”

Lawrence and Messer are hand-making all their tabletops, flights and menu boards, and the rest of the space will feature nice couches, barstools and TVs. There will also be an outdoor patio.

All the beers will also be served in the type of glass designed for the specific type of craft beer. Messer said the glasses will not feature logos, so guests can appreciate the colors and flavors of the beers.

“The beer tastes better when you are sitting at a cedar bar, drinking out of a fancy glass,” Lawrence said. “It’s going to be gorgeous. The bar and that whole area should be gorgeous.”

They plan to host several events, such as summer seasonal parties, tastings and more, Lawrence said. They are also looking to create a wooden catering trailer, which would feature about six taps.

Food trucks will often be outside, and Lawrence said Deermans BBQ may cater from time-to-time. Guests can also order delivery to the bar, and pretzels will be provided at the bar.

Grand and soft openings should be held in early July, Lawrence said, and they plan to feature food trucks and live entertainment.