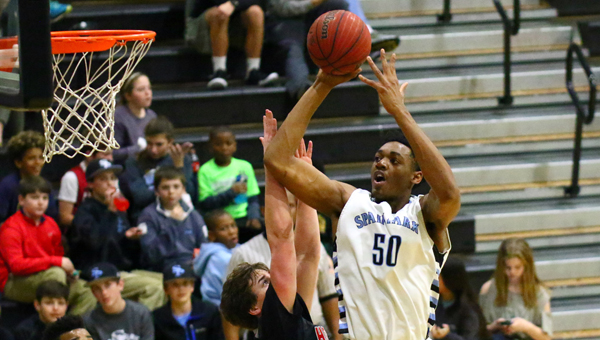 Spain Park’s Austin Wiley, who averaged 21.7 points and 12.1 boards per game in his junior season, has been invited to take part in the Men’s U17 World Championship Team training camp in Colorado. (File)

COLORADO SPRINGS, Colo. – Rising Pelham and Spain Park seniors Alex Reese and Austin Wiley have been invited to attend the 2016 FIBA Men’s U17 World Championship Team training camp from June 10-22 at the United States Olympic Training Center in Colorado Springs, Colo. The United States qualified for the 2016 World Championships by winning the gold medal at the 2015 FIBA Americas Men’s U16 Championship back in June of 2015, when the US went 5-0 at that tournament. 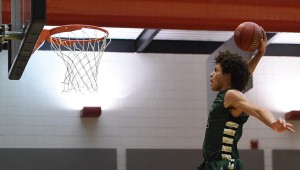 Pelham’s Alex Reese, who averaged 25.4 points and 10.9 boards per game in his junior season, has been invited to take part in the Men’s U17 World Championship Team training camp in Colorado. (File)

“This training camp will be extremely competitive based upon the deep pool of talented players on the USA Junior National Team and how hard each player has worked to improve their games over the past year,” USA men’s national team director Sean Ford said in a press release. “Our strength as a team will be athletic ability, length and the quantity of players capable of playing multiple positions.”

Wiley and Reese will be two of 39 of the top prep players in the country age 17 and under that will be participating in the camp, and are the only two representatives from the state of Alabama. Players from 24 states will be in attendance, and the camp will be highlighted by names like Wendell Carter Jr., the No. 2 overall recruit in the Class of 2017, and Kevin Knox, the No. 6 overall recruit in the class.

Training camp will get underway at 5 p.m. on June 10, and the team will practice twice a day from June 11-17, per the press release. It is anticipated that finalists will be selected on June 12 and the final 12-member team will be announced no later than June 17. The USA Basketball Development National Team Committee issued invitations to the training camp.

Wiley and Reese were the two Co-Players of the Year in Shelby County for the 2015-16 season and were both named to the Alabama Super 5 team this season as well. Wiley averaged 21.7 points, and 12.1 rebounds per game in his junior year as Spain Park made an appearance in the 7A Final Four, while Reese averaged 25.4 points and 10.9 boards per game for Pelham in his junior campaign, leading the Panthers to the program’s second-ever Sweet Sixteen appearance.

Briarwood’s Josh Brower scored 32 goals and accumulated 20 assists in his senior year, good for 84 points, the most... read more