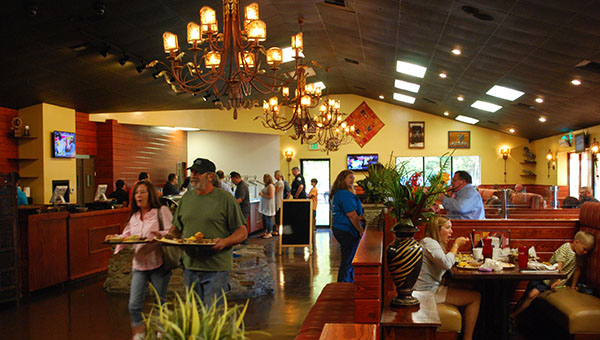 HELENA–After nearly a month since opening at 4257 Shelby County 52, The American Ranch House has decided to add breakfast to its menu, which will be offered every Saturday morning beginning at 7 a.m.

When the restaurant opened in Helena on May 7, Abdo Obeid, who serves as one of the owners of the Helena location, said the restaurant would feature meat ‘n’ three items, as well as American and Mediterranean food, but breakfast would not be ruled out in the future.

Helena was the restaurant’s fourth location to open as the American Ranch House has locations in Vestavia, Tarrant and Five Points South.

Obeid cited the popularity of breakfast at the Vestavia location and the need for a sit down breakfast restaurant for customers in Helena as reasons to start offering breakfast at The American Ranch House.

The American Ranch House began serving breakfast the morning of Saturday, May 28, and will continue to do so every Saturday from 7 a.m. to noon.

Other breakfast menu options include the eggs benedict, steak and eggs, chicken fried steak and eggs, French toast, breakfast combo, salmon croquettes, pancakes and waffles, hash browns and a variety of omelet’s with multiple choices of toppings and meat.