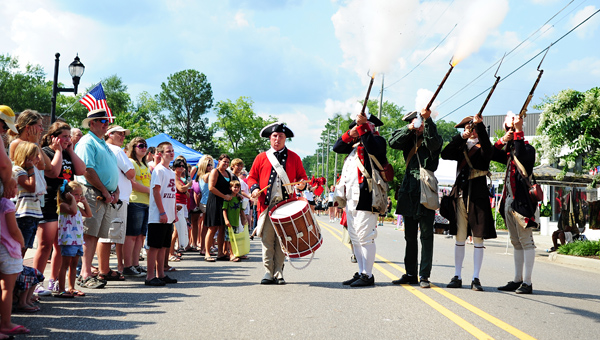 The Greater Shelby Chamber of Commerce is accepting Liberty Day Parade entry forms up until June 17 for interested participants. (File)

COLUMBIANA—The City of Columbiana will host its 30th annual Liberty Day Parade on Saturday, June 25 at 3 p.m. as part of the city’s Liberty Day Festival.

The festival, which started in 1986 to honor the 100th anniversary of the Statue of Liberty, will take place from 9 a.m. to 9 p.m. in the city with a fireworks showing following.

As in previous years, the Greater Shelby County Chamber of Commerce is assisting Columbiana by accepting parade entry forms. Any organization, business or groups, such as floats, antique automobiles, local or state officials, police and fire departments, school groups, walking group or more, may participate in the parade.

“We’re honored, once again, to be able to collaborate with the City of Columbiana on this year’s parade,” said Greater Shelby Chamber President and CEO Kirk Mancer. “The annual Liberty Day Festival is one of Shelby County’s premiere events, so we’re encouraging organizations from throughout Shelby County to participate.”

In addition to the parade, the Liberty Day Festival will also have live music, vendors, activities for children of all ages and a fireworks show. The parade winners will be announced at Shelby County High School’s football field.

“On behalf of the City of Columbiana we’re proud to present our citizens with the opportunity to celebrate the freedom and liberty we enjoy as Americans,” said Columbiana Mayor Stancil Handley. “This year’s Festival will be another fun-filled day for our city and our county.”

If you would like to participate in the parade, please contact Keyla Handley with the Chamber at 663-4542 ext. 106 for a parade entry form. Registration deadline is June 17.