ASHLAND – A 21-year-old Vincent murder suspect’s case has been sealed and he will be tried without a jury after a Clay County Circuit Court Judge granted him youthful offender status during a May 24 hearing. 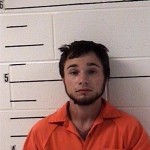 As a result of youthful offender status, Bunner’s court documents are now sealed from public view, and Bunner has waived his right to a trial by jury. The maximum sentence for youthful offenders is three years in jail, according to the Alabama code.

If found guilty as an adult on the murder charge, Bunner could have faced up to life in prison.

Bunner’s Aug. 31, 2015, arrest came one day after the sheriff’s office received a report of a homicide on the Pinhoti Trail in Cheaha State Park in Delta.