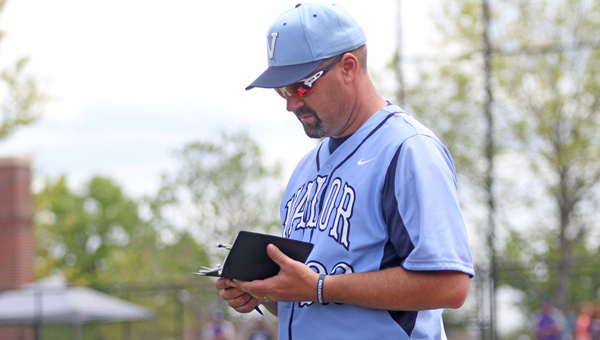 NORTH SHELBY – After conducting a nationwide search, Briarwood Christian School is pleased to announce that they have hired a new Athletic Director, Mr. Keith Wahl. Wahl was most recently at Valor Christian High School, a nationally recognized and dual-accredited Christian school located in the suburbs of Denver. He served as the Assistant Athletic Director at Valor for the last four years and was the head baseball coach for the last nine years. In those nine years, Wahl’s baseball teams went a combined 127-61.

Wahl’s baseball teams have been League Champions six times, have made four trips to the State Final Four and, on May 29, won the 4A (second-largest classification) Colorado High School Championship. Prior to coaching at Valor, he was the head baseball coach for six years at Mountain Vista High School, where he also took them to the state tournament on multiple occasions. He played baseball collegiately at Hastings College, where he received his Bachelors degree in Communications and a Masters degree in Education.

Wahl has also developed a number of platforms for effective communication in both sports and ministry. He was the co-creator of Valor Sports Network, which is a nationally recognized, student-led, multi-modality broadcasting service that serves all sports for the school.

“Mr. Wahl is a man of great character who loves the Lord and desires to see student athletes impacted for Christ through athletics,” Dr. Barrett Mosbacker, Superintendent of Briarwood, said. “He will be a great addition to our leadership team as someone who exemplifies the same core values that we embrace at Briarwood. Keith has a wife (Alyson) and two kids (Mia and Brady) who will also be joining our Briarwood family. We thank the Lord for leading Keith to join BCS to work with Coach Fred Yancey and the rest of our excellent coaches and staff in nurturing and developing our student athletes. We look forward to working with him in leading our athletic programs.”