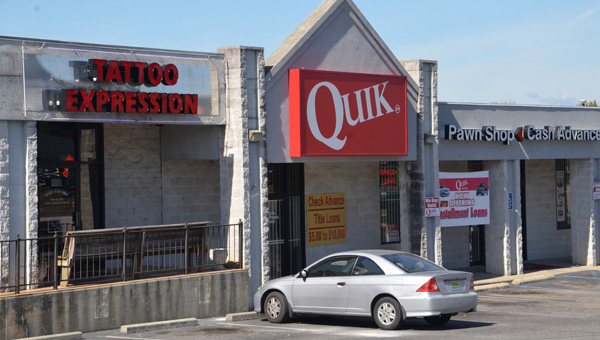 PELHAM— After a decision by the Pelham City Council June 6, the moratorium halting the issuance of certain business licenses in the city will extend into a third year.

City Councilmember Ron Scott said he and the Commercial Development Authority have been working on an analysis related to businesses listed in the moratorium, and they are working to draft a more permanent solution.

“It’s important for us to make some progress on the analysis and get a plan,” said City Council President Rick Hayes.  “Part of the resolution was to work on a plan and move forward with that, and in doing so, we have hit a couple snags in just making as much progress as we wanted to. I think most people, based on previous feedback and previous meetings, are in support of a more permanent moratorium.”

After polling about 150 people over 18 hours in the Ballantrae community, Scott said every response he received concerning the moratorium was positive. He stated that the ban has “broad, wide support” from residents.

The Pelham City Council voted to approve the one-year moratorium on June 16, 2014, at the same meeting they approved the establishment of Pelham’s Commercial Development Authority.

The moratorium went into effect on Sept. 1, 2014, and was set to expire on June 16, 2015. The Pelham City Council voted to extend the moratorium for one additional year at its June 15, 2015, meeting, stating they had not completed a reassessment of those businesses.

Now, Scott said the CDA has expanded and moved into an operational position. He said he believes they are ready to take on the challenge of working with the council and getting a final solution drafted.

Since the moratorium was established, at least two payday loan businesses and one used car lot has closed off of U.S. 31, according to Scott. He said the Consumer Financial Protection Bureau is also looking to tighten short-term lending regulations.

“Hopefully with the federal involvement and the state following whatever the fed dictates, we’ll see some changes and restrictions there,” Scott said. “With that work in progress and moving, I’m going to whole-heartedly ask you to support the extension for one more year.”

Despite approval of the extension, Hayes said the permanent solution needs to be figured out and a goal needs to be set earlier than next June to avoid another extension.

Scott said he believes something could be hashed out within 60 days if need be.

“I think it’s a good message,” Hayes said. “We’ve got to continue planting our seeds…and keep rebuilding. We’ve got some phenomenal things on the horizon for us, some great opportunities, and we’ve got to get those things executed.”

Chick-fil-A Greystone owner and operator Brent Fielder accepts the Small Employer of the Year award from The Arc of Shelby... read more