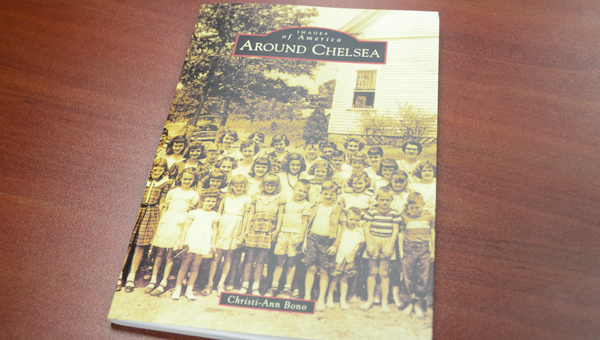 Chelsea resident Christi-Ann Bono’s first book, “Images of America: Around Chelsea,” is set to publish June 13. The book is a compilation of information and photographs depicting the history of Chelsea and surrounding cities and towns. (Reporter Photo/Emily Sparacino)

CHELSEA – When Chelsea resident Christi-Ann Bono decided last year to compile photographs and historical information into a book about her city, she wasn’t sure she would have enough photos to fill the minimum number of pages.

Now, however, Bono is preparing for her first book to be available to the masses. On Monday, June 13, “Images of America: Around Chelsea” will publish, signifying the culmination of eight months of interviews, research and writing. 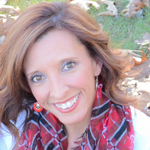 Bono will hold a book signing event at Sherry’s Hair Design in Chelsea on Saturday, June 18 from 11 a.m. to 2 p.m.

Bono’s idea of collecting old and new photographs, postcards and other materials for a book featuring Chelsea, Harpersville, Wilsonville, Vincent and Sterrett history formed after one of her friends published a similar book for Bluff Park in Hoover.

“I used to work at a news station, and I just missed writing,” Bono added. “It kind of went from there. I didn’t think there was even going to be enough photos. That’s when I decided to do surrounding towns.”

The book contains about 200 photos depicting life and landmarks from bygone eras in Chelsea and beyond. Recognizable places featured in the book include the Weldon Store, Liberty Baptist Church and Lloyd’s Restaurant.

“Preserving and learning our history gives us a deeper appreciation for this wonderful community we call Chelsea,” lifelong Chelsea resident and longtime Mayor Earl Niven wrote in the book’s foreword. “What began as so little has reaped great gains. There are remnants of Chelsea’s past peppered throughout the city; however, some are only in memory. ‘Around Chelsea’ shares those experiences and shares the story of how our city became the community it is today.”

Bono sought help from city leaders and residents in gathering photographs and accompanying information. In addition, many photos in the book were loaned by the Shelby County Historical Society and the Chelsea Historical Museum in Chelsea City Hall.

Before she died, Shelba Nivens, a well-known Chelsea resident and published author, helped Bono in her pursuits by sharing materials and insight into the area’s history.

“I could have talked with her all day long,” Bono said of Nivens. “I admired her. We just had a common interest in writing and so forth. She was just very helpful in meeting people and learning the history of Chelsea.”

In her book, Bono introduces each chapter with a summary of the general subject matter of the photographs.

“I wanted to tell a little bit more of the story of what was being focused on in that chapter,” she said.

Bono admits one of her favorite parts of the project was meeting people and gleaning some of Chelsea’s history from some of its oldest residents – members of a generation gradually passing away.

“A lot of Chelsea’s original families that are here are getting older and dying out, so it’s nice to have a historical document of how Chelsea got started,” Bono said.

Contrary to protocol, Arcadia allowed Bono to include a chapter filled with newer photographs showing the city’s development in the last few decades.

“They agreed because of the growth of Chelsea, it was justified having a chapter showing what’s there today,” she said. “Chelsea has just grown so much over the past 15 years. It’s just exploded.”

Bono said another motive behind her book was demonstrating to her and her husband Carl’s three sons that hard work pays off.

“I wanted something they could see me work hard on and see the finished product,” Bono said.