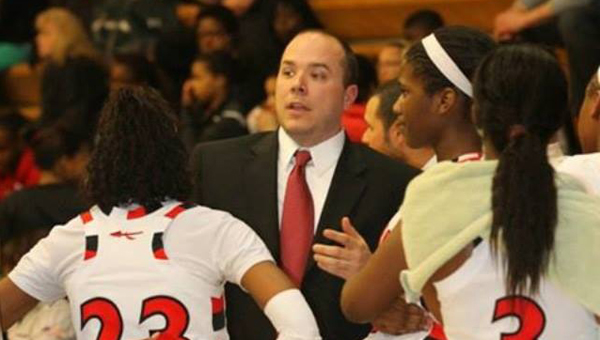 “I have been fortunate to coach some great kids and meet a lot of great families at Thompson High School,” Golden said in a statement. “I am proud of what the girls have accomplished over the last three years. I have been coaching basketball for 13 years and have spent 10 of those years as either a collegiate men’s basketball assistant or a head boy’s coach. As much as I have enjoyed coaching our girls at Thompson, I’m really excited about getting back to coaching boy’s basketball.”

Golden will replace Daniel Foy as the head coach of the Blue Devils, who had the job for the last two years. Dusty Goode, the head football coach and athletic director at Mortimer Jordan who was also an assistant football coach at Thompson from 2005-2010, said the Golden was a “no-brainer” hire out of the 100-plus applicants.

“You can really just fill in the blanks with all the good stuff about Josh,” Goode said. “He’s a man of great character, he loves the Lord and his family, he’s a hard worker with a great reputation and he’s a good basketball coach. He’s somebody who is going to work hard and lead by example. He was a no-brainer who will be a great addition.”

“My wife and I prayed a lot about this decision and we feel the Lord has led us to Mortimer Jordan,” Golden added. “Mr. (Craig) Kanaday (principal) and Coach (Dusty) Goode (athletic director/head football coach) have great vision for the school and the athletic program and we could not be happier to be a part of the Blue Devil family.  I am grateful for the opportunity Thompson High School and Alabaster City Schools gave me, and am looking forward to this new chapter of my life.”

Thompson will now look to fill the void left by Golden in a timely fashion, as the Lady Warriors will move forward in a new direction in the wake of Golden’s successful tenure.

“We’ll fill it as soon as possible, but at the same time there’s a process that we have to go through, that we’ll always have to go through,” Thompson athletic director Vincent Pitts said. “Coach Golden was great to work with, he was always trying to make the program stronger. He had a desire to coach boys basketball, and he has a new opportunity and we wish him a lot of luck.”