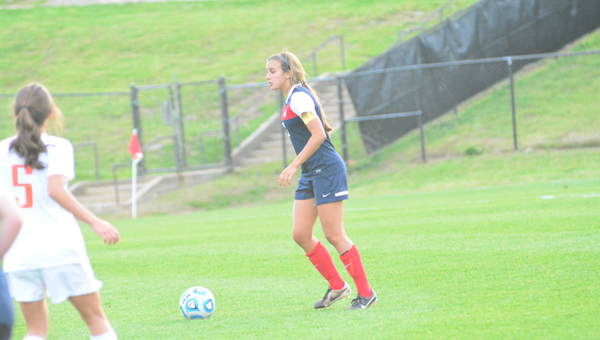 Nealy Martin has led Oak Mountain’s defense for the past two years, during which time the Lady Eagles have given up just 23 goals in 55 games. (File)

We’ve looked at All-County teams in baseball, softball and boys soccer to this point in the wake of the spring sports season, leaving only girls soccer left on the docket before closing the book entirely on the 2015-16 year. At the end of the year, there were five Shelby County teams among the top five in their respective classifications, and for the duration of the spring Shelby County teams peppered the top-10 lists across the board. The metro Birmingham and Shelby County area is the top destination for soccer in the state, with four of the eight state champions this year coming from either Jefferson or Shelby County. As a result, the All-County lists for both boys and girls soccer are full of some of the top names from across the state. So let’s hit it with the 2016 All-County girls soccer lists. 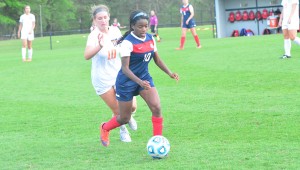 Forward: Hailey Whitaker, Oak Mountain, sophomore. In her sophomore campaign Whitaker scored 23 goals and assisted on another four for the Lady Eagles, making her the leading scorer for an Oak Mountain team that finished the year with a 22-4-1 record. Whitaker’s 23 goals in her sophomore season give her 43 goals over the first half of her high school career. 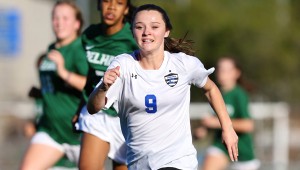 Haley Greene scored 23 goals for Chelsea in her freshman season and assisted on another 15. Her 61 points were the most of any player in the county. (File)

Forward: Haley Greene, Chelsea, freshman. The freshman sensation Greene scored 23 goals and assisted on another 15 for the Lady Hornets in her first high school season, giving her 61 points on the year, the most of any player in the county, as she helped lead Chelsea to a 13-8-0 finish and a No. 3 season-ending ranking in Class 6A.

Forward: Sydney Barrow, Indian Springs, junior. The junior Barrow scored 24 goals this season for Springs, the most in the county, and assisted on another three. She was named an All-Metro selection and led the girls from Springs to an 18-4-1 finish, good for fourth overall in the 1A-3A classification.

Midfield: Julia Pack, Oak Mountain, sophomore. Pack, the electric Oak Mountain sophomore, scored 19 goals and racked up 17 assists in her third year of varsity soccer, good for 55 points. Pack is a ridiculous talent not only for her age, but also in the lexicon of girls’ soccer. She is verbally committed to play her college soccer at Auburn, and was the Gatorade Player of the Year in the state. She is also the Player of the Year in the county as well. 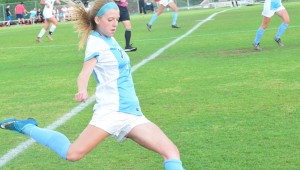 Payton Bisso helped lead Spain Park to the 7A playoffs, and scored seven goals while adding 10 assists in her final prep season. (File)

Midfield: Payton Bisso, Spain Park, senior. Bisso finished the year with seven goals and 10 assists for the Lady Jaguars that finished the season with a 15-5-2 record and started 13-0-1. Bisso was Spain Park’s catalyst in the middle of the field, and was a Second Team All-Metro selection as well.

Midfield: Olivia Smeltzer, Briarwood, senior. The senior scored seven goals and added another three assists and was the most versatile player on Briarwood’s roster, along with being the Lady Lions’ most accurate passer.

Midfield: Sophie Wilson. Chelsea, senior. Wilson played forward, midfield and defense for Chelsea this year, sometimes all in the same game. The consummate team player, per head coach Jonathan Hammett, and scored 33 goals and had 14 assists over the course of her career. Will play her college soccer at Troy.

Defender: Nealy Martin, Oak Mountain, senior. Martin anchored the Lady Eagle defense for years, and consistently made the difficult look routine. In her final two high school seasons, she anchored an Oak Mountain defense that gave up a total of 23 goals in 55 games. Martin, a Gatorade Player of the Year finalist who will play her college soccer at Alabama, also dabbled as a center mid in her final prep year, and finished the year with nine goals and five assists. She was also named the Metro Player of the Year as well. 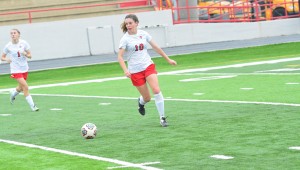 Thompson’s Lauren Mayer started on the back line all four years of her high school career, and was a staple for the Lady Warriors over the last four years. (File)

Defender: Lauren Mayer, Thompson, senior. Mayer started all four years of her high school career for Thompson, and was the most competitive player that head coach Nathan Button has ever coached. She was one of the Lady Warriors’ captains this season and was responsible for shoring up the back line. 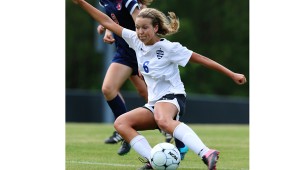 Maddison Martin had 11 goals and four assists for Chelsea in her sophomore season. (File)

Defender: Maddison Martin, Chelsea, sophomore. Martin was a 2015 Second Team All-State selection as a freshman, and continued where she left off in her sophomore year. The LSU verbal commit scored 11 goals and assisted on another four from her position as a defender/holding mid, and was a prime reason for Chelsea’s 6A No. 3 rank at the end of the year.

Goalkeeper: Alyssa Vess, Oak Mountain, junior. Oak Mountain lost 2015 Shelby County Player of the Year Katie Denney from the back line to graduation last spring, leaving the keeper position open for Alyssa Vess to fill. In her first year as a varsity starter, all Vess did was post a whopping 18 shut-outs and 100 saves. She gave up just 13 goals against all season, which is the third-best mark in the history of the state. She was a First Team All-Metro selection as well and kept the Lady Eagles’ goal just about as clean as is possible.

Forward: Madeline Guillen, Chelsea, junior. Scored 15 goals and added 13 assists, good for 43 points. Was a 2015 First Team All-State selection, and was selected to play in the North-South All-Star game.

Defender: Katie Arrington, Briarwood, senior. Played both forward and defense for Briarwood, scored nine goals and had six assists and marked the other teams’ top target.

Defender: Lexie Duca, Chelsea, freshman. Finished the year with 10 goals and a whopping 24 assists, the most in the county. Duca and Greene teamed up often as Chelsea pushed 6A No. 1 John Carroll Catholic to penalty kicks in the opening round of the 6A playoffs.