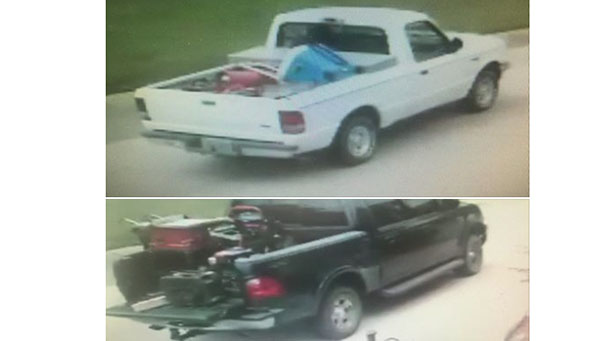 The Helena Police Department is searching for two vehicles allegedly involved in thefts from a local self-storage facility. (Contributed)

One vehicle is described as a 1993-97 white Ford Ranger truck with a toolbox and a larger than normal pin stripe on the sides. The other vehicle is a 1997-04 black/dark Ford F-150 with either a right front spare tire or dirty wheel.

The HPD believes the thieves either live close by or are storing the items close by as they were described as leaving the scene, emptying the stolen items and returning about 30 minutes later.

Anyone who recognizes the vehicles involved in the thefts is urged to contact Helena Detective Sean Boczar at 663-6499.

Local business owners said the Department of Labor’s new overtime rules may have a large impact on their businesses. (Contributed)... read more