BIRMINGHAM – A former Chelsea High School student died on the night of June 9 after he was struck by a car on U.S. 280 while riding a bicycle.

David Zachary Parsons, 19, of Mountain Brook was pronounced dead at the scene of the crash, which happened at the intersection of U.S. 280 and Dolly Ridge Road at about 9:30 p.m. June 9. 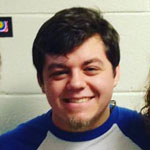 Parsons was crossing U.S. 280 when he was struck by one vehicle and knocked off his bicycle, and then struck by a second vehicle, according to Capt. Kevin York, public information officer with the Vestavia Hills Police Department.

York said no charges will be filed against the drivers of the vehicles, who cooperated fully with authorities, and added, “It was just a tragic accident.”

“David was one of those students that always had a smile on his face, and just kind of added to the spirit of the school,” CHHS Principal Wayne Trucks said in a phone interview June 10. “He was just a neat kid. We’re definitely grieving for him and his family.”

Trucks said Parsons, who “always had a giving spirit,” had been working at an assisted living facility and was planning on pursuing nursing at Jefferson State Community College.

Services for Parsons will be held at Philadelphia Baptist Church in Cahaba Heights on Monday, June 13, with visitation at 2 p.m. and a service at 3 p.m., Trucks said.