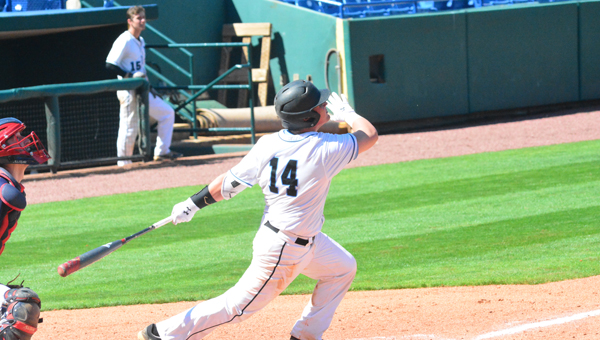 The ASWA All-State baseball teams were released on June 12, and nine players from four different teams around Shelby County made the lists. Calera, Helena and Thompson each had two players appear on their respective All-State lists, while resurgent Oak Mountain had three players make the 7A teams.

Joseph Hartsfield was the only Eagle to be selected to the 7A First Team, as the junior right-hander threw 72 innings worth of work in 2016, won eight games and accumulated an ERA of 1.45 while striking out 76 batters. Classmate Ethan Holsembeck was selected as a Second Team outfielder after amassing 62 hits and a batting average of .405. JJ McDonald was also selected as an Honorable Mention third baseman as well.

Shelby County Co-Player of the Year Heath Haskins was as a 7A First Team outfield selection as well, as the Thompson senior finished his final prep year with a .477 batting average, 11 home runs, 53 hits and 43 RBIs. Haskins also recorded a perfect fielding percentage in his senior season, as he did not make an error 83 chances from his position in center field. Sophomore JC Parker was also named a Second Team selection as a pitcher after recording nine wins in 11 starts along with an ERA of 0.71.

The other part of the Shelby County Co-Player of the Year duo, Sam Praytor, was named the 5A Hitter of the Year after finishing the 2016 season with a batting average of .454, an on-base percentage of .631, 54 hits in 46 games, 44 RBIs and a whopping 13 home runs. He was named the 5A First Team catcher as well. Classmate and teammate Riley Davis was selected a 5A Second Team pitcher after throwing 71 total innings and finishing the year with a 10-1 record.

Jacob Smith and Tyler Oclair from Calera both made the 5A Second Team as well. Smith, a junior, finished the year with 114 strikeouts, the most of any county pitcher, and amassed a 6-1 record. Oclair, a sophomore, was named to the Second Team as a utility player, after splitting time this season as a pitcher and catcher.

Nealy Martin has led Oak Mountain’s defense for the past two years, during which time the Lady Eagles have given... read more